The folks at Ecamm Network in the West Hall were showing off their suite of products. Many probably know them from their product iChatUSBCam, which has allowed USB webcams to work with iChat for some time.

However, what was probably the coolest software that they were demoing in their booth was a proof-of-concept that used the iPhone's camera as a remote webcam for iChat. Beyond just being a cool concept, it can be useful if you want to show the other participant of the conference something in the other room.

In its current incarnation, it isn't ready for prime-time. After a few minutes, the picture would freeze, and connection would have to be manually re-established. There's also no word on availability as of yet, though a trip over to Ecamm's website would be good if not just for this product, but to check out their other software as well. 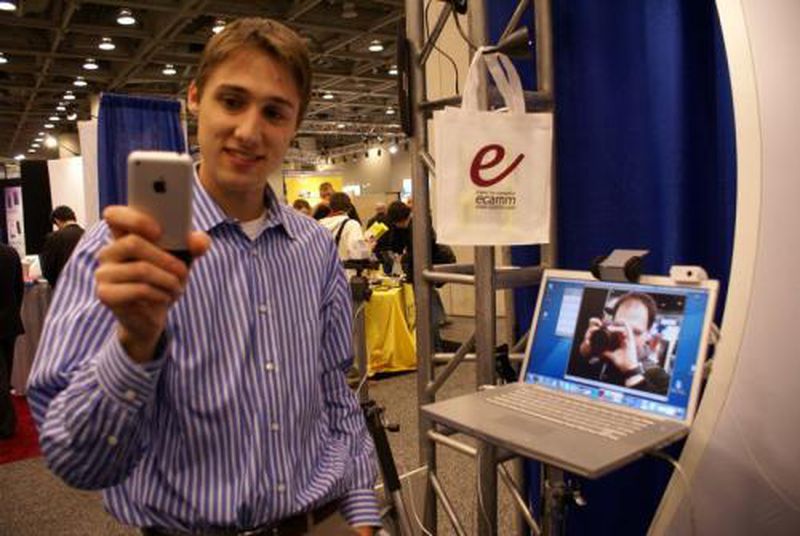