Apple.com 'Something in the Air' Teaser 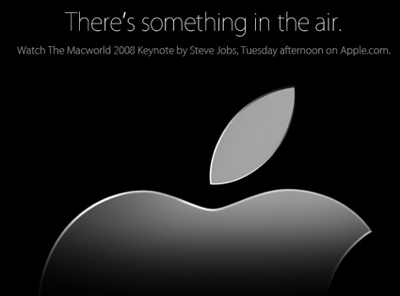 Apple posted the 'Something in the Air' teaser campaign on their website, and promises that you will be able to watch the keynote on Apple.com on Tuesday afternoon (pre-recorded, not live). The banners were originally revealed on Friday at Macworld Expo's Moscone center.