GearLive claims to have played with the upcoming iPhone 1.1.3 firmware update and reveals a number of new features to be included to the latest version of the iPhone's software. 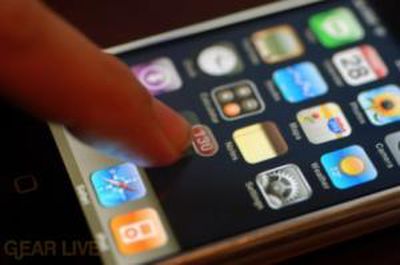 - Edit Home Screen - Rearrange icons on your home screen
- Drag icons around with your finger
- Locate Me integration (pseudo-GPS) with Google Maps
- Another screenshot of Locate Me
- Send SMS to multiple people
- Add Safari Bookmarks to your Home Screen (example)
- Mirror of some images provided in comments thread.

The features shown do not correlate with some earlier rumors of the upcoming 1.1.3 firmware. GearLive has not previously been a known source rumors or images of upcoming Apple products. These new screenshots, however, appear convincing on casual inspection.

Update: Gizmodo posts a video of the 1.1.3 firmware with further claims that it is legitimate:

Nate says that "it installs on the phone no-questions-asked and for that you need to have Apple's private key, which i can confirm that the iphone hacker community does not haveas much as we would love to have it." Indeed, Apple's private encrypted key, used to authenticate all accesses to the iPhone most-private guts, hasn't been uncovered yet by anyone in the world.

Wednesday November 30, 2022 2:39 am PST by Sami Fathi
Geekbench scores allegedly for the upcoming "M2 Max" chip have surfaced online, offering a closer look at the performance levels and specific details of the forthcoming Apple silicon processor. The Geekbench results, first spotted on Twitter, are for a Mac configuration of with the M2 Max chip, a 12-core CPU, and 96GB of memory. The Mac listed has an identifier "Mac14,6," which could be...
Read Full Article • 269 comments

Wednesday November 30, 2022 12:43 pm PST by Juli Clover
Twitter CEO Elon Musk today met with Apple CEO Tim Cook at the Apple Park campus in Cupertino, California, according to a tweet shared by Musk this afternoon. Musk thanked Cook for taking him around Apple's headquarters, with no mention of what the two might have discussed. The meeting comes just after Musk on Monday claimed that Apple has "mostly stopped" offering ads on Twitter, and that...
Read Full Article • 350 comments