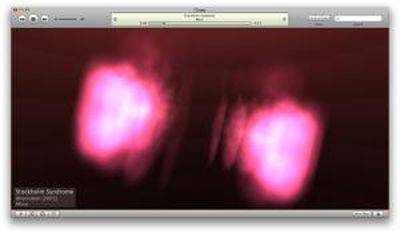 Lathe: A floating fountain of particles that pulsate to bass (very responsive to bass drums)

Stix: A streak of light that changes speed and color to the music and reflects on the "floor" of the visual.

Apple is expected to release Leopard in October.

Sunday December 5, 2021 7:55 am PST by Hartley Charlton
Apple is working on five new Macs for launch in 2022, including a new version of the entry-level MacBook Pro, according to Bloomberg's Mark Gurman. In the latest edition of his "Power On" newsletter, Gurman said that he expects Apple to launch five new Macs in 2022, including: A high-end iMac with Apple silicon to sit above the 24-inch iMac in the lineup A significant MacBook Air...
Read Full Article • 93 comments