Actioncorp TV posts an interesting video (Youtube) detailing some features of the iPhone which were glossed over during the keynote. 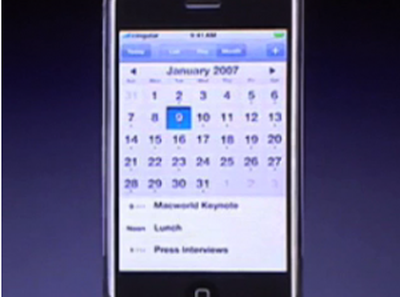 These "hidden" features include:

Actioncorp TV has also posted a higher quality version on their website.

Apple introduced the iPhone at Macworld San Francisco 2007 in January. The iPhone is expected to be released in June 2007, but a teaser ad is expected during the Academy Awards on Sunday Feb 25th, 2007.

Sunday May 22, 2022 1:57 am PDT by Sami Fathi
Apple has silently increased the price of its Apple Music subscription for college students in several countries, with the company emailing students informing them their subscription would be slightly increasing in price moving forward. The price change is not widespread and, based on MacRumors' findings, will impact Apple Music student subscribers in but not limited to Australia, the...
Read Full Article • 179 comments