As multiple Apple Stores in the United States work toward unionization, Apple's head of retail Deirdre O'Brien is aiming to thwart employee efforts through an anti-union video that was sent out to retail stores today. 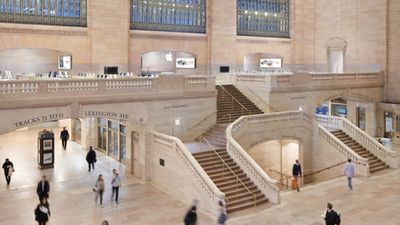 Bloomberg shared details on the video, with O'Brien telling employees that unionization could slow workplace progress and could result in a soured relationship between Apple and its employees.

"It is your right to join a union - and it is equally your right not to join a union," O'Brien said in the video. She said that employees should "consult a wide range of people and sources" to have a full understanding of what it would mean to "work at Apple under a collective bargaining agreement."

O'Brien said that union organizations do not have an understanding of how Apple runs and may not be committed to employees as Apple is.

"We have a relationship that is based on an open and collaborative and direct engagement, which I feel could fundamentally change if a store is represented by a union under a collective bargaining agreement," she said. "And I worry about what it would mean to put another organization in the middle of our relationship. An organization that doesn't have a deep understanding of Apple or our business, and most importantly, one that I do not believe shares our commitment to you."

She explained that implementing raises, bonuses, and other new benefits could take longer under a union situation, referencing bonuses that were provided to retail employees during the pandemic. A union would potentially limit Apple's ability to implement "immediate, widespread changes," and it could "make it harder for [Apple] to act swiftly to address things" that employees bring up.

contacos
it’s really amazing how the most normal things are such a big deal in the US. From masks, to the word that shall not be said ?, Health care to unions.
Score: 62 Votes (Like | Disagree)

vipergts2207
These companies trying to prevent unionization are so transparent. "Please don't unionize, we're only looking out for your best interest" they say as they offer terrible pay and crap benefits. ? Glad to see Americans rediscovering unions. Might finally be able to rebuild the middle class in this country.
Score: 34 Votes (Like | Disagree)

Punish the freeloaders that ride on other people's coattail. Reward those who perform well. That's the way. No equal treatment across the board due to collective bargain.

The point of unionizing isn't to protect legitimately bad employees. It's to make sure you can't be fired without proper cause and that employees are compensated fairly for the work and value they provide the employer.
Score: 31 Votes (Like | Disagree)

Ion-X
Good luck to these organizers!

As much as I love Apple, they don’t pay their retail workers nearly enough ($15 an hour is a poverty wage in 2022, and has been a poverty wage in major US cities for a decade). Nor do they give retail workers benefits commensurate with the integral role they play in the support and sales process. Reports have also shown abusive working conditions that a union could address.
Score: 26 Votes (Like | Disagree)

zahuh
Power to the people! Get some of that 2 trillion anyway they can! Also for the corporate people that want to work from home, consider what the brave Apple retail employees are doing as major inspiration! Stand up and get what you deserve and want!
Score: 24 Votes (Like | Disagree)

TheYayAreaLiving ?
This wouldn’t be an issue if Apple would give raises to all the Apple retail employees right away. So much has changed!
Score: 23 Votes (Like | Disagree)
Read All Comments