Prior to 2020, Apple hosted WWDC at the McEnery Convention Center in San Jose, California, and thousands of developers and Apple employees attended, but in 2020, Apple introduced a free-for-everyone online event that will also be used in 2022.

"At its heart, WWDC has always been a forum to create connection and build community," said Susan Prescott, Apple's vice president of Worldwide Developer Relations and Enterprise and Education Marketing. "In that spirit, WWDC22 invites developers from around the world to come together to explore how to bring their best ideas to life and push the envelope of what's possible. We love connecting with our developers, and we hope all of our participants come away feeling energized by their experience."

There will be no cost associated with WWDC 2022, with all developers worldwide able to attend the virtual event. Apple plans to provide sessions and labs for developers to allow them to learn about the new features and software updates that will be introduced at the event, plus there will be a traditional Swift Student Challenge.

Apple says that this year's event will feature additional information sessions, more learning labs, more digital lounges to engage with attendees, and more localized content, with the aim of making WWDC22 "a truly global event." Though the event will be digital, Apple also plans to host a special day for developers and students at Apple Park on June 6 to watch the keynote and State of the Union videos together. Space will be limited, and Apple will take applications. 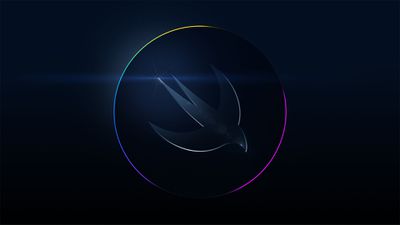 Apple is expected to hold an online keynote on the first day of WWDC to unveil new software, including iOS 16, iPadOS 16, macOS 13, tvOS 16, and watchOS 9. It is also possible we could see new hardware at WWDC, as Apple is working on an updated Apple silicon Mac Pro, a new version of the MacBook Air, and more.

covid is over. why are they still doing this?

Covid is not over. People are still dying. People are still getting infected. Businesses are still experiencing disruption. 4.9 million people (out of a population of around ca. 65 million) in the UK have Covid (source: https://www.bbc.co.uk/news/health-60953501).

Omicron may be relatively mild compared to the other variants, but having Covid is still a very unpleasant experience, and it's still very transmissible. Why would Apple take the risk?
Score: 23 Votes (Like | Disagree)

covid is over. why are they still doing this?

Because they want to, not because they have to. Following last year’s conference, Apple sent out a survey to developers asking if they wanted to return to an in-person conference once it was safe. I’m guessing it got a tepid response; anecdotally, the response I’ve seen from developers to the fully virtual WWDC has been overwhelmingly positive, if with some quibbles here and there.
Score: 20 Votes (Like | Disagree)

DaveWil
Bring on the hardware rumors that never come true during a WWDC.
Score: 16 Votes (Like | Disagree)

iOS 16 is gonna be another iOS 15 with very small tweaks and things most people won’t need, I doubt there will be a redesign, but all I want is an option to remove the home bar I hate it

We also need a battery percentage indicator to come back on an iPhone desperately. Getting old and tired of swiping the screen down just to check on the battery indicator. ??
Score: 16 Votes (Like | Disagree)

Tuesday May 24, 2022 8:29 am PDT by Joe Rossignol
Two weeks ahead of WWDC, Apple has started notifying winners of this year's Swift Student Challenge, with applicants able to check their status via Apple's website. The lucky winners receive exclusive WWDC 2022 outerwear, a customized WWDC 2022 pin set, and a one-year membership in the Apple Developer Program. As an unexpected bonus, Apple is also providing winners with free AirPods Pro....
Read Full Article • 3 comments

Tuesday April 5, 2022 9:53 am PDT by Joe Rossignol
Apple today started accepting submissions for its annual Swift Student Challenge, a coding challenge that tasks students with creating a Swift Playgrounds project on a topic of their choice. Winners will receive exclusive WWDC 2022 outerwear, a customized WWDC 2022 pin set, and a one-year membership in the Apple Developer Program. The deadline for submissions is April 24 at 11:59 p.m....
Read Full Article • 1 comments

Tuesday April 5, 2022 9:18 am PDT by Juli Clover
Apple today announced plans for a digital WWDC event set to take place on June 6 to June 10. While the event will be held online with no in-person event component, Apple does plan to invite some students and developers to Apple Park. In the press release announcing the "Call to Code" event, Apple says that it is putting together a "special day" for developers and students on June 6 at its...
Read Full Article • 5 comments

Thursday May 26, 2022 11:14 am PDT by Juli Clover
Apple is preparing for the Worldwide Developers Conference that's set to kick off in less than two weeks, and today updated the Apple Developer app with information about the 2022 event. The Apple Developer app has details on session videos, Digital Lounges, labs, coding challenges, and more for WWDC 2022, allowing developers to sign up to participate directly within the app. Developers...
Read Full Article • 18 comments

WWDC Invites Could Be Sent Out This Week: Here's What We Know

Saturday March 26, 2022 8:00 am PDT by Sami Fathi
In 2021, Apple sent out digital invitations for its 32nd Worldwide Developers Conference in late March. Given that an all-digital conference is expected to occur again this year rather than an in-person event, we could see Apple send invitations as soon as this week. Apple last year sent out invitations to developers and the press for WWDC on March 30, with the dates of the conference being...
Read Full Article • 140 comments

Thursday May 12, 2022 5:12 pm PDT by Juli Clover
Apple has started sending out emails letting developers know if they've been chosen to attend the special WWDC viewing event that is set to take place at Apple Park on Monday, June 6. Apple began taking applications for the viewing event on Monday, and said that developers would be informed if they were selected by 6:00 p.m. Pacific Time tonight. Those picked are receiving emails right now,...
Read Full Article • 49 comments

Monday May 23, 2022 11:43 am PDT by Juli Clover
Apple today started sending out additional invites to developers who applied to attend the Worldwide Developers Conference viewing event at Apple Park, filling the spots of previous invitees who did not respond or who were unable to attend. The viewing event is set to take place on Monday, June 6, and developers who are invited can attend an all-day Apple Park experience that will include a...
Read Full Article • 31 comments