Scammers Who Stole $1.5 Million From Apple Sentenced to Combined 13 Years in Jail

Two scammers who stole $1.5 million from Apple over a period of three years using the company's own technology have been sentenced to a combined 13 years in prison. 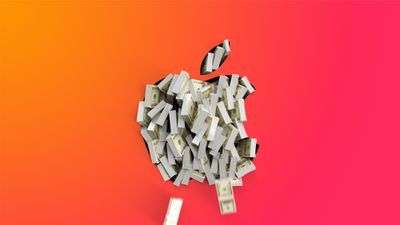 It was reported in September 2021 that two scammers developed a scheme to use point-of-sale devices stolen from Apple stores to generate fraudulent Apple gift cards between 2015 and 2017.

The scam was enabled through a handheld employee-only point-of-sale device called an "Isaac." Retail employees carry Isaacs around in the store, allowing them to check stock and sell products to customers wherever they are.

The digital gift card redemption codes were then loaded into the Wallet app to generate QR codes, which were screenshot and sent via iMessage to the other conspirator, who was then able to walk into other Apple Stores and buy a range of high-value Apple devices. This process was then repeated across the country, allowing the pair to defraud Apple out of more than $1.5 million in total, according to the indictment.

The pair were finally caught stealing Isaac devices in Apple Stores on CCTV and were eventually tracked down using their cellphone via GPS, before finally being arrested by the FBI. They subsequently pled guilty to wire fraud.

According to a press release from the United States Attorney's Office in the Northern District of Texas, the perpetrators have now been sentenced to a combined 13 years in federal prison and ordered to pay $1.26 million in restitution to Apple. It is unclear if Apple has made any changes to its internal systems and access to employee accounts on Isaacs to prevent the same scam from being attempted again.

Smart yet not... how long did they really think it would be until they were caught. One would think that every store they hit would have a massive drawer imbalance and start looking.

sniffies
To prevent this scam from happening again, Apple upgrades all Apple Isaacs and Apple Newtons to Apple Alberts.
Score: 8 Votes (Like | Disagree)

johncarync
I looked up the two men who perpetrated this and found that one of them was arrested at a Florida airport in 2016 for having 65 counterfeit credit cards in another person's name in his carry-on luggage. In the Apple crime, he was sentenced to five years in prison. The other man has a common name and could not determine if he has a criminal history. He was sentenced to three years and one month.
Score: 6 Votes (Like | Disagree)

tyranne201
USA judicial system is quite bizarre. 13 years is basically a sentence for killing someone in most countries. I'm impressed how people spend time in jail for nonsense things. No wonder it has the most jailed people in the world. The fact they already are paying fines and restitution should give them no more than 5 years in jail. This is kinda broken.
Score: 5 Votes (Like | Disagree)

While tecnically different, people use the terms interchangeably. I don't think anyone's confused by it ?
Score: 5 Votes (Like | Disagree)
Read All Comments