Netflix today said that it may implement an extra payment for those who share their Netflix accounts with people outside of their households, a practice that is common with the streaming service. 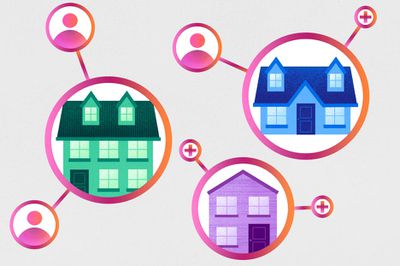 According to Netflix, sharing accounts between households impacts its ability to "invest in great new TV and films" for its members, and so it has been exploring ways to permit users to share outside of their households by "paying a bit more."

A test launching over the next few weeks in Chile, Costa Rica, and Peru will implement these extra payments for those who provide Netflix access to those who they do not live with. Netflix customers in these countries can add two extra members to their accounts for monthly fees of 2,380 CLP in Chile, 2.99 USD in Costa Rica, and 7.9 PEN in Peru. For reference, Netflix costs $8.99 to $15.99 per month in Costa Rica.

Netflix plans to give customers on the Basic, Standard, and Premium plans an option to enable the people who they share an account with to move a profile over to a new, paid account or an extra member account, suggesting multi-household Netflix account sharing is coming to an end.

According to Netflix, it will be working to "understand the utility of these two features" in Peru, Chile, and Costa Rica before making changes in other countries. Netflix has always included wording in its terms and services that prevents account usage across multiple households, but until now, the service has ignored password sharing.

seanmcbay
Maybe they should stop greenlighting so much garbage if they want to save money and not punish consumers.
Score: 104 Votes (Like | Disagree)

Bandaman
I thought they resolved this issue by jacking up the price 15 times?
Score: 99 Votes (Like | Disagree)

builder31
This would be a great reason to decrease my Netflix subscription to basic and join the millions of people who turn their memberships on and off throughout the year. In an era of streaming and portable streaming devices, disabling users from sharing access is akin to shooting yourself in the foot because you see a penny on the ground. If I cannot use a streaming service when I travel, why am I paying for it in the first place?
Score: 59 Votes (Like | Disagree)

TheYayAreaLiving ?
Terminated my Netflix subscription a long time ago. It’s not even worth it anymore.
Score: 56 Votes (Like | Disagree)

Koni17
If this ever gets implemented, I along with many others will be cancelling our subscriptions.
Score: 34 Votes (Like | Disagree)

zorinlynx
I suspect this decision is going to bite them in the arse.

A lot of people are barely hanging on to having a Netflix subscription. I cancelled mine recently; they keep raising prices and removing old standbys that I loved having access to, like Star Trek: TNG.

This is just going to piss more people off. There is literally no difference between multiple people in the same household watching Netflix and multiple people in different locations.
Score: 29 Votes (Like | Disagree)
Read All Comments

Saturday February 4, 2023 10:05 am PST by Eric Slivka
Online retailer TigerDirect has slashed pricing on the M1 iPad Air in several colors, offering the base 64GB configuration for just $313.99 in Purple and Pink. Note: MacRumors is an affiliate partner with TigerDirect. When you click a link and make a purchase, we may receive a small payment, which helps us keep the site running. That's a savings of 48% compared to Apple's normal $599.00...
Read Full Article • 476 comments