Google has announced early access to Chrome OS Flex, a method of replacing the operating system on older PCs and Macs "within minutes" to essentially turn them into Chromebooks. 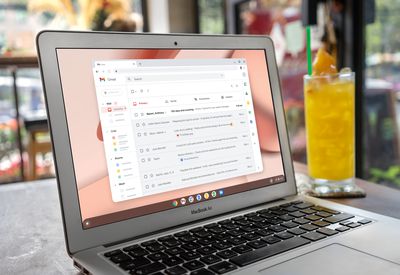 The company is encouraging individuals, schools, and businesses to download Chrome OS Flex so they can "easily try modern computing with cloud-based management" while extending the lifespan of older devices, thereby reducing e-waste.

The idea is that if you have an aging Mac lying around that can't run macOS 12 Monterey, then you can install Chrome OS Flex on it using a bootable USB stick and then try out what Google's cloud-first operating system has to offer. From the website:

The free upgrade your PCs and Macs have been waiting for.

Install Chrome OS Flex on your PCs and Macs so they are secure, boot fast, don't slow down over time, update automatically in the background, and can be managed from the cloud.

Google says Chrome OS Flex has the same look and feel as the Chrome OS shipped with every Chromebook, as it's built on the same code base and includes Google Assistant, the Chrome browser, and Nearby Sharing. However, there's currently no Google Play Store, and Google has outlined some other, mainly system-level limitations of OS Flex that distinguish it from Chrome OS on native Google devices.

Chrome OS Flex is the result of Google's 2020 purchase of Neverware, a company that offered an app called CloudReady that allows users to convert old PCs into Chrome OS machines.

Google says it will automatically move CloudReady home, school, and enterprise users to Chrome OS Flex when the OS is stable. Use of OS Flex is free for individuals, but schools and businesses using CloudReady will continue to be charged a fee and subscription rate, respectively.

If you want to try out Chrome OS Flex, you can learn more and download it on the Chrome Enterprise website. As this is early access, expect some bugs, although the OS can be booted directly from a USB stick if you don't want to commit to installation. A stable version of the OS is expected to launch in the coming months.

There's no need to run macOS Monterey on older macs. Just run them on the OS with which they shipped!

For the 2015 MacBook Air 11" pictured, macOS Sierra still works wonderfully, without all the weird discolorations and permission popups.

fhall1
It'd be nice if they'd let me use my 5 year old Chromebook as a Chromebook!
Score: 51 Votes (Like | Disagree)

This. Running an old unsupported OS on a device with Internet isn't a good idea.
Score: 31 Votes (Like | Disagree)

“Secure” from the company whose business model is based entirely on user data mining, LOL!
Score: 30 Votes (Like | Disagree)
Read All Comments