Mozilla has released Firefox 95, featuring a new version of its security sandboxing subsystem called RLBox, and additional performance and efficiency improvements for the macOS version of the web browser. 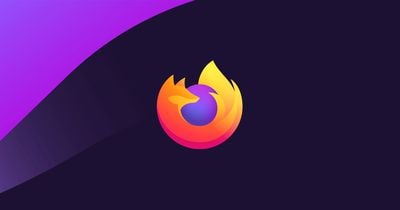 According to the release notes, RLBox is a new technology that hardens Firefox against potential security vulnerabilities in third-party libraries.

The sandbox subsystem works by compiling a process in WebAssembly before re-converting it into native code, which restricts its access to system memory and stops it from jumping to unexpected parts of the program, thus limiting its potential for exploiting vulnerabilities.

This technique, which uses WebAssembly to isolate potentially-buggy code, builds on the prototype we shipped last year to Mac and Linux users. Now, we're bringing that technology to all supported Firefox platforms (desktop and mobile), and isolating five different modules: Graphite, Hunspell, Ogg, Expat and Woff2.

Going forward, we can treat these modules as untrusted code, and — assuming we did it right — even a zero-day vulnerability in any of them should pose no threat to Firefox. Accordingly, we’ve updated our bug bounty program to pay researchers for bypassing the sandbox even without a vulnerability in the isolated library.

In other improvements, Firefox 95 reduces CPU usage on macOS during event processing, and reduces the power usage of software decoded video on macOS, especially in fullscreen. This includes streaming sites such as Netflix and Amazon Prime Video.

Lastly, Mozilla says that Site Isolation is now enabled for all Firefox 95 users to better protect them against side-channel attacks such as Spectre.

Firefox 95 for macOS is available now from the Mozilla website.

I dig the splash screen, too.

(For real, though, I still think incrementing your major version number every six weeks without consideration of whether your changes are actually major is bad. I can never tell what the current version of Firefox or Chrome or Edge is, nor can I tell when the last time they made major changes was. But I can with Safari, because their version numbers make sense.)

MacBH928
Firefox is seriously good and not slouch as people think . I have it on for like over 100 tabs and its running smooth. Do not let FF go under the radar and support FOSS so corporates do not control you like Google with their Chrome browser.

Still no support for the system's text replacements

a lot of apps do not and I think this is because some Apple limitation, so Apple to be blamed

I use Firefox as my main browser at home – Chrome at work because of the ability to have separate profiles and switch between them.

Have you seen this?
https://addons.mozilla.org/en-US/firefox/addon/multi-account-containers/
If all you need many profiles for are site logins, this will do it with minimal complexity compared to having multiple profiles. If you need to switch whole profiles you can do it in FF as well with this
https://addons.mozilla.org/en-US/firefox/addon/profile-switcher/
Score: 7 Votes (Like | Disagree)

n0dragon
This new version is especially fast. On my M1 mac it even overtakes Safari to be the fastest on speedometer 2.0.
Score: 7 Votes (Like | Disagree)

ZipZilla
FF is still a great browser and use this along with Brave and Safari - triple threat
Score: 5 Votes (Like | Disagree)
Read All Comments