Niantic has experienced major success with augmented reality game Pokémon Go, a title that still has a loyal fanbase, but unfortunately, its Harry Potter-themed game has not fared as well. Harry Potter: Wizards Unite is going to be shut down on January 31, 2022 as a result. 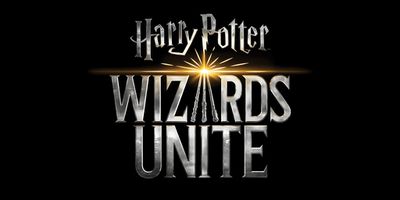 Players need to go to landmark locations in the real world to track down magical artifacts, creatures, and enemies to battle and level up. The game uses augmented reality to project portals and other items onto real-life landscapes, and there are real-time cooperative elements involved.

The game will be removed from the App Store on December 6, 2021, which is also when in-game purchases will be disabled. As a last hurrah, starting on November 2, several changes will be implemented to make gameplay more fun.

Daily assignments will provide increased rewards, potion brewing time will be cut in half, the daily cap on sending and opening gifts will be removed, and various items and ingredients will appear on the map more frequently.

November and December will also see the launch of several events involving Dolores Umbridge, Lucius Malfoy, Bellatrix LeStrange, and Voldemort, along with a holiday event. The game will wrap up, with the Calamity coming to an end before the app is shut down for good.

Players who invested money in the game will not be able to get a refund, but they will be able to spend their remaining balances and use their items before the January end date.

Maybe they should have done that earlier?
Score: 40 Votes (Like | Disagree)

Think|Different
And the crowd goes mild…
Score: 12 Votes (Like | Disagree)

ThirteenXIII
augmented reality seems like a no go for a lot of things
Score: 10 Votes (Like | Disagree)

m4mario
i used to play this when it came out. Had me hooked for a week or so. Made me walk around the park and all. Then it felt like I was doing more and more of the same without much story progression. Then I deleted it.

Lounge vibes 05
Yeah, this game kind of seemed like a failure the second it launched.
kind of feel bad for anyone who used any in app purchases though, barely getting three months of notice before the app completely closes is kind of crappy.
Score: 6 Votes (Like | Disagree)
Read All Comments

Wednesday August 18, 2021 7:05 am PDT by Hartley Charlton
The battle arena game "Pokémon Unite," which has to date only been available on the Nintendo Switch, is set to come to iOS, iPadOS, and Android on September 22, Nintendo has today announced. Pokémon Unite is a free-to-play online multiplayer game that was first released for Nintendo Switch on July 21. In the game, players face off against each other in five-a-side battles. During battles,...
Read Full Article • 16 comments

Tuesday January 11, 2022 1:39 pm PST by Juli Clover
If you're a regular internet user you've probably heard of popular web-based daily guessing game Wordle, created by Josh Wardle. The game, which is entirely free to play, was introduced last fall and has been spreading like wildfire. Wordle asks players to guess a five letter word by identifying which letters are in the word and are located in the right location. Players get six guesses per...
Read Full Article • 120 comments

Monday March 22, 2021 5:45 pm PDT by Juli Clover
Niantic and Nintendo today announced the upcoming debut of a new augmented reality game based on Nintendo's "Pikmin" franchise, with the title set to launch later in 2021. Nintendo's Pikmin franchise features a series of strategy and puzzle games where players direct a variety of plant-like creatures called Pikmin to destroy obstacles, fight enemies, and avoid hazards while exploring an...
Read Full Article • 33 comments

Monday January 24, 2022 9:20 am PST by Juli Clover
AT&T today announced the launch of upgraded AT&T Fiber plans, which support speeds of up to 5 Gigabits for some customers. There are two separate plans, one "2 GIG" plan and one "5 GIG" plan, available to new and existing AT&T Fiber subscribers. According to AT&T, the new plans are available to nearly 5.2 million customers across 70 metro areas including Los Angeles, Atlanta, Chicago, San...
Read Full Article • 230 comments