Alongside iOS 15, Apple introduced an iCloud+ service that adds new features to its paid ‌‌iCloud‌‌ plans. One of these features is ‌‌iCloud‌‌ Private Relay, which is designed to encrypt all of the traffic leaving your device so no one can intercept it or read it. 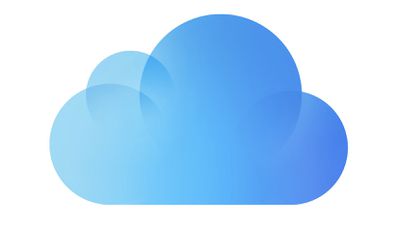 Apple mentioned these country limitations in June, but it seems that Private Relay will not be available in Russia either, after Apple apparently disabled the feature there over the last day or so.

Based on reports from Twitter users and as reported by iPhones.ru, the feature was previously available to use in Russia via beta versions of ‌iOS 15‌ and iPadOS 15, but now when they try to enable it, those same users are met with the message "Private Relay is not supported in this region."

Involving an outside party in the relay system is an intentional move that Apple says was designed to prevent anyone, including Apple, from knowing a user's identity and the website the user is visiting.

Why Apple has apparently disabled Private Relay in Russia only recently isn't entirely clear, but the company has bowed to demands from the Russian authorities in the past, so there's good reason to presume this is down to another regulatory issue.

It’s interesting that many of the same people advocating legislation around the world to change how Apple conducts business, seem to also be the ones to suggest that Apple should ignore or resist laws in countries that they don’t like.

I’m all for being opposed to authoritative regimes and repressive laws, but foreign policy should not be left to corporations to enforce. This should remain the realm of governments and citizens should pressure them into legislating trade with countries that abuse human rights.
Score: 19 Votes (Like | Disagree)

longofest
So... basically the places where you'd want to use this feature are the places you can't.
Score: 11 Votes (Like | Disagree)

tonywalker23
Don’t tell me that Apple wouldn’t bend the knee to a country’s demand for CSAM tech to expand to whatever “offensive” material they want to detect.
Score: 11 Votes (Like | Disagree)

Mercury7
Kinda spotlights the concerns we had during the csam debate, ultimately Apple will do what governments tell them to do
Score: 10 Votes (Like | Disagree)

DjMilitary
It was obvious that such regime will force Apple to block another tool for people who want to have qualitative information and news without Kremlin’s censorship and bans and privacy deprivations.
Score: 9 Votes (Like | Disagree)

beerseagulls
"......designed to encrypt all of the traffic leaving your device so no one can intercept it or read it"

wait a minute... does this mean someone has always been able to read the traffic between my iPhone and iCloud in the last several years? I've been paying extra for iCloud for years and never realized that.
Score: 8 Votes (Like | Disagree)
Read All Comments

Tuesday November 16, 2021 12:21 pm PST by Juli Clover
Apple today released the third beta of an upcoming iOS 15.2 update to developers for testing purposes, and the Cupertino company is continuing to refine features ahead of the software's release. Beta 3 doesn't add as many new features as prior betas, but there are some notable changes. Playlist Search in Music App Apple has added a long-awaited feature that allows Apple Music users to...
Read Full Article • 63 comments