Apple on Thursday evening announced it has reached a $100 million settlement that, pending court approval, will resolve a class action lawsuit from U.S. developers who alleged that Apple has a monopoly on the distribution of iOS apps and in-app purchases. 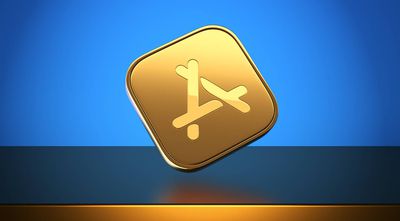 As part of the settlement, some U.S. developers would be entitled to receive a payment from Apple, so long as they meet certain requirements.

Who is eligible for a payment from Apple?

According to law firm Hagens Berman, which brought the lawsuit against Apple in 2019, the class includes any current or former U.S. developer of an iOS app that earned less than $1 million through the U.S. App Store in paid downloads and/or in-app purchases/subscriptions per calendar year between June 4, 2015 and April 26, 2021.

How can I submit a claim for a payment from Apple?

Eligible developers will be able to submit a claim through the website SmallAppDeveloperAssistance.com once the settlement has received court approval.

When can I submit a claim for a payment from Apple?

Developers can sign up on SmallAppDeveloperAssistance.com to be notified when the site launches. No specific timeframe has been provided, but in a court filing, law firm Hagens Berman proposed that the claims period begin within 45 days after court approval. Developers would then have a proposed 120 days to submit a claim.

How much will my payment be from Apple?

Eligible developers will be able to receive a payment between $250 and $30,000 from Apple depending on their total App Store earnings between June 4, 2015 and April 26, 2021, as outlined in the chart below from the settlement filing.

Any leftover funds after payments to developers who submitted a claim would be sent to Girls Who Code, a non-profit organization that works to close the gender gap in computer science and programming, according to the settlement filing.

Why did Apple agree to this settlement?

According to the settlement filing, class members who do not opt out "expressly agree to the appropriateness of Apple's commission structure" for the App Store, including the Small Business Program. Class members also release their claims against Apple, including any claim that they were "overcharged" by virtue of Apple's commission on paid app downloads and/or in-app purchases/subscriptions through the App Store.

Can I opt out of the settlement?

Yes. Developers who opt out of the class action lawsuit will not be eligible for a payment from Apple but will retain their individual rights to sue Apple for the claims alleged in the complaint. Details on the opt-out process will likely be shared on the settlement website once it is live, or developers can contact law firm Hagens Berman.

Where can I get more details about the lawsuit?

The class action lawsuit, Cameron et al v. Apple Inc., was filed in the U.S. District Court for the Northern District of California in June 2019. U.S. District Judge Yvonne Gonzalez Rogers presided over the case. The original complaint is available on CourtListener and more details are available on law firm Hagens Berman's website.

jwcdis
Developers really sold themselves off short with only a 100 million dollar payout.

Apple's extortion racket is starting to crack. You can't shake down developers for 30% anymore by ARM twisting them into only selling through the Apple store.

An extortion racket that you have to willingly choose, sign up for, read an agreement about, and pay an annual subscription fee to participate in. Yeah, real mafia s**t here.

I'm an actual app developer. Are you? If you're not, maybe don't speak for us.
Score: 9 Votes (Like | Disagree)

Yes, because you had no choice and no alternative. Apple's won't allow anyone else to host an App Store on "their" phone (that you think you own).

If I am targeting iOS directly I can sell on the App Store knowing well in advance what fees I'll pay or I can sell a web app and work out ahead of time all the costs involved.

I am not beholden to Apple's rules and never have been. And at least I let my work stand on its own, these two developers failed and became millionaires from it.
Score: 8 Votes (Like | Disagree)

carlsson
I still don't understand this.
1. I provide a platform that you can rent for 30% of your earnings on this platform.
2. It's optional.
3. You sue me because I'm too expensive?

Further, Apple’s market power has allowed it to charge developers a supra- competitive 30% commission on the sale of paid apps and in-app products for almost 11 years now, despite the inevitable accrual of experience and economies of scale.

They should sue Valve next. They have also charged developers 30% since day one and never lowered the cut we agreed to after all this time even though they are the oldest one out there and why Apple too went for 30%.
Score: 6 Votes (Like | Disagree)

These got $100M … can now retire after paying the lawyers fees.

I guess if you can't earn from your own talent, you can just sue Apple for 'unfair' terms and come out on top.
Score: 6 Votes (Like | Disagree)
Read All Comments