The surging popularity of AirPods has reportedly resulted in record numbers of counterfeit wireless headphones being seized at the U.S. border. 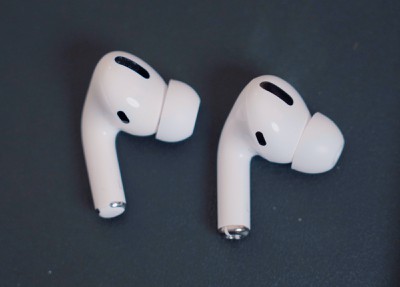 U.S. Customs told The Information that 80% of all counterfeit products coming into the U.S. were from mainland China or Hong Kong. While it's unclear how many of the seized counterfeit headphones were AirPods, U.S. Customs said seizures have increased 50% in the past five years as products such as Apple's earbuds have gained popularity.

The retail value of counterfeit wireless headphones seized by U.S. Customs appears to have skyrocketed following the release of AirPods Pro in October 2019.

MacRumors shared a comparison of real and fake AirPods Pro back in 2019:


The Information examined counterfeit AirPods Pro sold in Hong Kong in December, noting that they had a genuine Apple serial number and were physically indistinguishable from legitimate AirPods Pro, and even had functional active noise cancellation and Transparency mode features. The report claims one of the only ways to determine that the AirPods were fake was by looking up their firmware version, which was incorrect.
Related Roundups: AirPods, AirPods Pro
Tags: theinformation.com, AirPods Guide
Buyer's Guide: AirPods (Don't Buy), AirPods Pro (Neutral)
Related Forum: AirPods
[ 54 comments ]

Do they work better?

rpmurray
I like how the Customs Service determines the estimated retail value of the counterfeits by using the price of the Apple product and not how much the counterfeits actually sell for.
Score: 7 Votes (Like | Disagree)

dguisinger
I suppose thats better than when they seized a different brand's product that wasn't pretending to be made by Apple
Score: 7 Votes (Like | Disagree)

hrMACnstuff
they must not have made the required payment to the right folks in Washington.
Score: 5 Votes (Like | Disagree)

NMBob
Do they work better?
Score: 4 Votes (Like | Disagree)

npmacuser5
Sum up the fix in two words, Distribution Channel. If a product does not pass through a certified Distribution Channel, it is fake. The businesses know they are purchasing fake products. They are buying from and selling outside of the approved channels. We the consumers need to be aware of to good a price and how did it get here for every product. Why when it comes to important products, like Apple products. I will only buy directly from Apple or trusted sellers like Best Buy. Price is only one factor in the value of any product.
Score: 3 Votes (Like | Disagree)
Read All Comments

Tuesday June 22, 2021 1:05 pm PDT by Eric Slivka
Apple's AirPods Pro are the flagship earbuds in the company's lineup, but there are plenty of other third-party truly wireless earbuds out there on the market. Sony is one of the main contenders in the space, so MacRumors videographer Dan took a look at the brand-new WF-1000XM4 earbuds to see how they stack up. Subscribe to the MacRumors YouTube channel for more videos. The awkwardly named...
Read Full Article • 107 comments

Monday July 19, 2021 6:16 am PDT by Mitchel Broussard
Amazon is offering up to $59 in savings on Apple's AirPods this week, including the regular model and the AirPods Pro. If you're shopping for the AirPods Pro, you can get these for $189.99 on Amazon, down from $249.00. Note: MacRumors is an affiliate partner with Amazon. When you click a link and make a purchase, we may receive a small payment, which helps us keep the site running. This...
Read Full Article • 2 comments

Thursday July 8, 2021 11:27 am PDT by Juli Clover
Apple in June unveiled new Beats Studio Buds, which are $149 noise cancelling earbuds that are stemless and smaller than the AirPods and AirPods Pro. There are some key differences between the AirPods Pro and the Beats Studio Buds that make them unique for different use cases, so we thought we'd compare them in our latest YouTube video. Subscribe to the MacRumors YouTube channel for more ...
Read Full Article • 57 comments

Wednesday June 30, 2021 12:30 am PDT by Sami Fathi
Apple plans to release its second-generation AirPods Pro next year, according to well-respected Apple analyst Ming-Chi Kuo. In his latest investor note, obtained by MacRumors, Kuo says that demand for AirPods is thought to be "lower-than-expected" for the remainder of this year, revising his forecast to 70-75 million, compared to 75-85 million. According to Kuo, the release of the...
Read Full Article • 57 comments