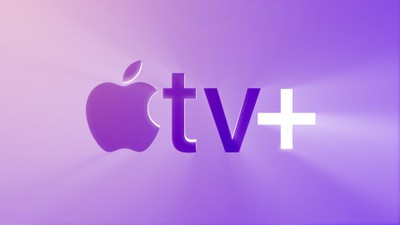 Apple received 19 Daytime Emmy Award nominations in the Children's & Lifestyle categories, along with six prior nominations in the craft categories. "Ghostwriter," "Stillwater," and "Long Way Up," are among the TV shows that have been nominated for awards, with a full list of nominations released today available below.

The Daytime Emmy Awards are designed to recognize outstanding achievement in daytime television programming. Winners will be announced by the National Academy of Television Arts and Sciences at virtual ceremonies set to be held on July 17 and July 18, 2021.

Last year, Apple won Daytime Emmy Awards for "Ghostwriter" and "Peanuts in Space: Secrets of Apollo 10." Apple says that its original films, documentaries, and series have now been honored with 117 wins and 408 nominations in the 18 months since ‌Apple TV+‌ launched.

Who is John Stewart?

Rafagon
I don't get how these are "daytime" shows. I thought you could watch Apple TV+ shows any time you wanted.

Takeo
Long Way Up was fantastic. Daytime is interesting though. What does that mean in the age of streaming? I guess it’s synonymous with family friendly or more topical content (I.e. not movies or dramas etc.)
Score: 6 Votes (Like | Disagree)

Wednesday June 23, 2021 12:21 pm PDT by Juli Clover
Popular comic "Strange Planet" from Nathan Pyle is being turned into an animated television series that's set to premiere on Apple TV+, reports Deadline. The "Strange Planet" comics and books feature blue aliens from an Earth-like planet who describe their Earth-like activities in new and unusual ways. Nathan Pyle has amassed millions of followers on Instagram with the webcomic, which...
Read Full Article • 107 comments

Wednesday September 1, 2021 5:26 am PDT by Sami Fathi
Apple today announced that it's expanding its "Creative Studios" initiative, part of Today at Apple, to Washington D.C. and Chicago, offering "career-building programming and creative resources to underrepresented communities." The new initiative will launch in collaboration with local and community partners and non-profits to enable writers, photographers, and others to have access to...
Read Full Article • 2 comments

Tuesday September 7, 2021 12:25 am PDT by Tim Hardwick
Sofia Coppola's Apple TV+ comedy "On the Rocks" will be released on Blu-Ray and DVD next month, the first Apple TV+ movie to be made available on physical media. First revealed by Sigmund Judge, "On the Rocks" can be pre-ordered now on Amazon for $17.99. According to the Blu-Ray version information, the physical disc is being distributed by Lionsgate and will ship from October 26, 2021,...
Read Full Article • 73 comments