Last fall, Apple changed its App Store rules around in-app purchases for realtime experiences, and the guidelines technically require apps that offer virtual events to more than a single person to use in-app purchases. 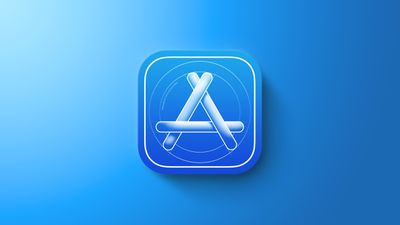 Apple is not yet enforcing that rule, however, and has once again extended the timeline of when in-app purchases will need to be implemented. Apple has set the new deadline for December 31, 2021, which means that apps offering digital services to groups of people can continue to accept payment methods that do not use in-app purchases and are not subject to Apple's 15 to 30 percent cut through the end of the year.

Last year, to support apps that adapted services from in-person to digital due to the COVID-19 pandemic, we temporarily deferred the requirement to offer paid online group event services (one-to-few and one-to-many realtime services) through in-app purchase in accordance with App Store Review Guideline 3.1.1. As the world continues to recover from the pandemic, we'd like to support the communities that are still providing digital services in place of in-person group events by extending the deadline further to December 31, 2021.

Apple initially planned to begin requiring apps to comply with the in-app purchase rule for group digital events in December 2020, but implemented an extension in November 2020 that would have put the deadline at June 30.

Apple says that it is not going to enforce the rule in order to continue to support communities that are still providing digital services in place of in-person group events.

Airbnb and ClassPass complained, which led to the rule that allows person-to-person experiences to skirt in-app purchase requirements.

zorinlynx
If Apple would drop these idiotic requirements, they wouldn't be dealing with so much antitrust fallout right now.

Apple should concentrate on making their payment system as convenient to use as possible, so it's WORTH losing the cut, rather than forbidding developers from using other methods.
Score: 4 Votes (Like | Disagree)

That is the goal. To enforce a revenue share over stuff they don’t own, create, produce or actively sell by simply forcing themselves the only entity with billing ability in town. One to one is just a technicality that can be changed any time by them. Remote classes, video conferencing ... anything served digitally over a communication network they haven’t built wither ... for now. Wait for analogs ... its just a simple step really once you start charging for stuff that you have little to do with.

Basically Apple can charge whatever goes through devices they have built yet do not own. They are the the law maker, the judge and tax maker of what goes through 50% US smarphones/population without owning them ... just by selling a device. That is what they say to the customer that are selling ... look beautiful display and camera buy this .... Yet the after math its like not owning something, getting payed for it, and still collect tax over its use. Not to mention being able to fundamentally remove the competition on whatever they set their eyes on. All tangled up with legal justifications extrapolated from pure casuistic examples in prior art. Its brilliant.
Score: 4 Votes (Like | Disagree)

If you use the Amazon app on your iPhone Apple doesn't get a 30% cut. For these live events, they shouldn't be getting a cut of that either. They should only get a cut of purchases that can only be used in that app on your phone. If it's a purchase that can be used on a website, in real life, a reading app, etc, let the developers use their own payment method.

For games, I understand using Apple's in-app purchases system, especially if the game is free. Playstation, Nintendo and Microsoft all make developers use their payment systems, and they all charge 30%. You wouldn't be able to give your game away for free if the platforms didn't exist, and they won't exist if they don't make money.

For other apps, maybe change the requirement to be that Apple Pay has to be an option as well, but don't force in-app purchases.

The excuse "but others do it" is not a valid one. It's never been a valid stance in all of history.

The stance falls apart if you ask: Ok, if third-party app stores were allowed or installing binaries (like one does on Mac or Windows) were allowed, would this still be a thing? Probably not, many, if not most, would likely host their own all the way and abandon Apple.

For example, I don't pay Microsoft to sell programs on a Windows machine nor do users pay to allow that for the "privilege".

If the answer is just.. "their storefront" then, I'm sorry, no... Apple doesn't deserve a very large cut, in my opinion. Not until they offer something substantially more --or-- offer third-party appstores or installable binaries to prove their storefront is what brings the money.

Not gonna lie, when a (very) large company tries to scare people into the idea that if they don't hand over complete control and curation then the entire ecosystem falls apart.. then.. well... I simply don't believe that company, in this case Apple. I've seen that stance far too often.. and every time it's been wrong. Every. Single. Time. Walled gardens don't work for extended periods of time.

But I'm also well aware my opinion is not shared by most so... /shrug
Score: 3 Votes (Like | Disagree)

Easier, yes, but better? I'm not sure. I can understand getting a cut for apps, books, music, etc. that are stored on Apple servers, and require Apple's internet distribution systems. But why give Apple a cut for other stuff that doesn't even involve Apple (ie virtual currency in games)?

Because that doesn't matter.. it's another way to get money. That's the only thing that counts. And as your App MUST go through the AppStore and play by Apple's rules, you have the option to pay that percentage to apple, or leave the iOS market completely.

They even don't like it if you have a service that can only be booked from outside. Smaller App developers reported that Apple "forced" them to also include IAPs instead of just relying on their website (which they didn't even promoted in the App).
Score: 2 Votes (Like | Disagree)
Read All Comments