Apple plans to release new AirPods with the same design as the existing AirPods Pro but without active noise cancellation, allowing for a lower price point, according to supply chain sources cited by Taiwanese publication DigiTimes. 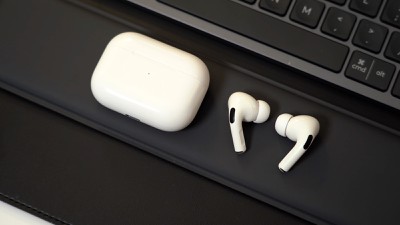 The paywalled report claims that Apple originally planned to unveil the new AirPods in May 2020, and while Apple has apparently not yet made any adjustments to that release schedule, the supply chain sources believe that Apple may have to postpone the launch to the second half of 2020 or even 2021 due to the global health crisis.

An excerpt from the report:

Apple may have to defer the launch of its new AirPods Pro to the second half of 2020 or even 2021, according to sources at related suppliers.

Apple originally planned to unveil the new AirPods Pro in May 2020, but the schedule may be pushed back, as Apple has been unable to send staff to the production lines in Asia to inspect the status of the TWS earbuds due to the coronavirus outbreak, the sources noted.

But Apple so far has not yet made any adjustments to the earbuds' release schedule, the sources said.

The report refers to the earphones as new AirPods Pro, but it is quite possible these could end up being regular third-generation AirPods.

Over the weekend, leaker Jon Prosser said new AirPods are "ready to go" and will "probably" launch next month.

PowerBook-G5
I hope that the new "normal" non-Pro AirPods WON'T have the in-ear tips like the AirPods Pro do.
Score: 14 Votes (Like | Disagree)

mnsportsgeek
So the current AirPods Pro with the firmware that got pulled.
Score: 12 Votes (Like | Disagree)

I hope that the new "normal" non-Pro AirPods WON'T have the in-ear tips like the AirPods Pro do.

I hope that the new "normal" non-Pro AirPods WON'T have the in-ear tips like the AirPods Pro do.

Agreed I have both but if I want just conference calls etc I like the ease of the non pro as I don’t like the in ear tips. I use them when I want ANC and portable
Score: 7 Votes (Like | Disagree)

Beeplance
I actually prefer the standard AirPods having the same design as the Earpods - nice fit in my ears and I don't ever like those rubber tips in my previous earphones. Will be sad to see them go!
Score: 7 Votes (Like | Disagree)

But how will the narcissists let everyone know they're wearing the premium product?

You’re over complicating this. I just voluntarily tell people I own the Pros. It’s really easy. Plus, I have an ‘Apple logo’ tattoo on my right bicep, and it’s the perfect conversation starter to slide in what AirPods I own (And I name drop other Apple products I own too). It’s called strategy. ?
Score: 5 Votes (Like | Disagree)
Read All Comments

Friday July 23, 2021 9:37 am PDT by Juli Clover
Apple is developing an external display that includes an A13 chip with Neural Engine, according to a new rumor from 9to5Mac. The A13 chip with Neural Engine would presumably serve as an eGPU, though details are light at this time. Having a CPU/GPU built into the external display could help Macs deliver high-resolution graphics without using all the resources of the computer's internal chip....
Read Full Article • 212 comments

Friday July 23, 2021 8:07 am PDT by Sami Fathi
Yesterday, DigiTimes claimed that the upcoming iPad mini will feature a mini-LED display, but now, display analyst Ross Young is going at odds with that report, claiming that while the updated iPad mini continues to be on track for a release this year, it won't feature a mini-LED display. Young says he "confirmed" with Radiant Opto-Electronics, who DigiTimes claims would provide Apple with...
Read Full Article • 55 comments