Google has made significant progress toward developing its own custom-made main processor in recent weeks, reports Axios.

According to the report, Google's Pixel phones could be powered by the processors as soon as next year – a potential blow to Qualcomm, which currently supplies Google with the main processor in its flagship phones. 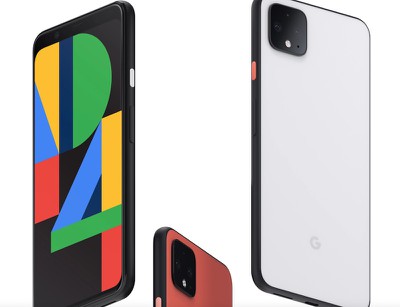 The chip, code-named Whitechapel, was designed in cooperation with Samsung, whose state-of-the-art 5-nanometer technology would be used to manufacture the chips, according to a source familiar with Google's effort.

Google recently received its first working versions of the 8-core ARM processor, according to the report's sources. The chip is said to feature hardware optimized for machine learning, and will complement Google's existing custom Pixel chips dedicated to machine learning and image processing tasks.

Some of its silicon will also be given over to improving the performance and "always-on" capabilities of Google Assistant, according to the report.

The tech giant is said to be hoping that future versions of the processor will be suitable for its Chromebooks, but the Pixel is its first priority.

Apple was one of the first mobile device makers to design its own mobile processors, which have delivered increasingly impressive performance over recent years and allowed the company to save on costs.

Honing its chips over many iterations has enabled it to improve on already blistering speeds and add unique capabilities to its smartphones and tablets. Google has hired a number of chip experts from its rivals, including Apple, and will undoubtedly be hoping to mirror those achievements in the years to come.

djcerla
They will get bored very quickly and drop the project.

Their hardware sales’ volume is nowhere close to justify the enormous R&D for chips.
Score: 17 Votes (Like | Disagree)

Michael Scrip
Right now estimates are that Google only sells about 6 million Pixel phones per year.

Samsung sells more phones in a couple weeks than Google sells in an entire year.

It might be good for Chromebooks, though. But are Chromebooks searching for new processor technologies?

I'll be shocked if this endeavour is still around in three years... knowing how Google cancels stuff. :p

How much will this cost Google to develop their own processors for their own phones?
Score: 16 Votes (Like | Disagree)

Man Qualcomm will take a beating if Google leave.

Outside of the negative optics of possibly losing a big named customer, this would hardly even register on Qualcomm's radar. Pixel's marketing and brand recognition is far, far, far greater than it's sales impact. Pixel sales have never even gotten large enough to get out of the "Other" category in market share analysis. In that sense, Pixel and Surface brands share the same boat.
Score: 12 Votes (Like | Disagree)

martyjmclean
Apple is so far ahead and Google’s hardware is a bit wonky, so I’m definitely intrigued to see how this turns out!
Score: 9 Votes (Like | Disagree)

RickDEGH
Mostly very civil comments here towards Google compared to what you see when the name Apple comes up on any Android site.
Score: 9 Votes (Like | Disagree)

Blackstick
In before the Android fanboys go "Google had it first."

Oh wait, they were 10 years late.
Score: 6 Votes (Like | Disagree)
Read All Comments