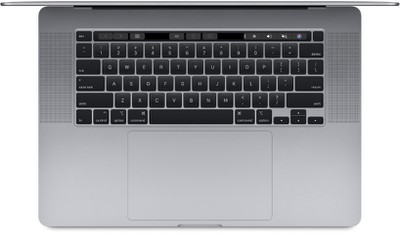 According to DigiTimes sources, suppliers have seen no cutbacks in orders for the products, which include the 16-inch MacBook Pro and Apple's recently announced 13.3-inch MacBook Air and new 11-inch and 12.9-inch iPad Pro models.

The MacBook models mentioned above have integrated Magic Keyboards, while users of ‌iPad Pro‌ devices can benefit from the new scissor switch design by way of the Magic Keyboard case, which is sold separately and will launch sometime in May.

The new Magic Keyboard for ‌iPad Pro‌ is equipped with scissor switch keys with 1mm of travel and backlighting, making the new keyboard more similar to a ‌MacBook Air‌ or MacBook Pro keyboard. It costs $299 for the 11-inch version and $349 for the 12.9-inch model.

Apple is rumored to be planning to release a new 13-inch or 14-inch MacBook Pro with an updated scissor switch keyboard during during the second quarter of 2020.

ruka.snow
I really quite like the 2018 keyboard and am not too keen to go back to the older mechanism. I really like the response the butterfly mechanism gives me, its no mechanical keyboard, but still feels better than the prior scissor mechanism.
Score: 5 Votes (Like | Disagree)

FrankCataldi14
Apple is (rightly) pushing to sweep the butterfly keyboard into the dustbin of history. The 13 inch MacBook Pro can't come fast enough, although I think releasing the Air first was the right call. Amongst non-MacRumors readers, the Air is probably (and should be) the default for most users.
Score: 4 Votes (Like | Disagree)

groove-agent
Whomever came up with the butterfly keyboard I hope was fired. Think of how much money this has cost Apple. I bet it was one of the most epic failures in the history of the company.
Score: 3 Votes (Like | Disagree)

My 2016 MBP keyboard is starting to have problems, I'm working from home so it is my daily driver now while I usually work on my Mini at office, I guess that's the reason why it failed now.
Apple ought to get rid of the butterfly keyboard as soon as possibile. I wonder when the 13 (or 14) MBP will be released. Even the Air has a better keyboard now!

All of this is subjective. Plenty of people love the butterfly keyboard and think it's the better keyboard...now! I know I do. Loving my 2018 Air!
Score: 3 Votes (Like | Disagree)

I’m certainly hoping we’ve seen our last 13”. The 14.1” as rumored is supposed to have mini-LED backlighting but maybe spring is too early to get that?

It’ll be interesting to see if they keep the two different performance tiers (15W/28W), I suppose it depends on which CPUs Intel releases.

All I want is an MBP with non-butterfly keys that isn’t lapzilla. Beyond that it’d take a lot to get me to complain.
Score: 2 Votes (Like | Disagree)

Thursday May 13, 2021 10:32 pm PDT by Sami Fathi
A new rumor suggests that Apple will announce the third-generation AirPods and the recently rumored HiFi, or high-fidelity Apple Music tier, on Tuesday, May 18, via a press release on its website. The new rumor comes from Apple YouTuber Luke Miani who shared the alleged exclusive news with the AppleTrack website. According to the YouTuber, Apple plans to release the next-generation AirPods...
Read Full Article • 175 comments