Apple has been meeting with United Airlines over upgrades for United's terminal at the San Francisco International airport, according to a Bloomberg article and multiple tweets from attendees at United's meeting with the media in Chicago.

United has been talking with Apple about potential design ideas for its customer waiting areas at the San Francisco airport, where Apple is known to be one of United's biggest customers thanks to all of the Apple employees that regularly fly out of SFO. 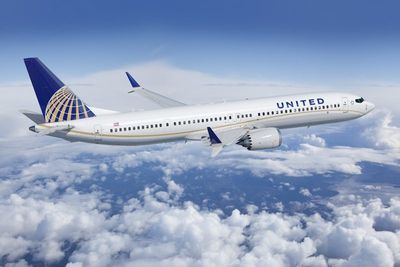 The plan is for Apple to help United reconfigure areas in the airport, though what that specifically means is unclear. Linda Jojo, executive vice president of United Airlines Holdings, mentioned spots Apple employees specifically visited as a hint to what might see a redesign.

"The Apple team in San Francisco has been in our baggage hold areas, customer service and the lobbies," she said. "I'm being deliberately vague," she added.

Earlier this year, United Airlines accidentally revealed that Apple is its biggest customer in San Francisco, spending $150 million on airline tickets each year and purchasing an average of 50 business class seats on flights to Shanghai on a daily basis.

No, not at all. The absolute worst airline is the one you think is great. Fact.
Score: 13 Votes (Like | Disagree)

@meinertzhagen
Oh no! They are going to take away the headphone jacks!
Score: 13 Votes (Like | Disagree)

I don’t think they have a choice. San Francisco is United’s hub and I don’t think any other carrier has the capacity out of that airport to fly 50 business class passengers to Shanghai on a daily basis nonstop.
Score: 7 Votes (Like | Disagree)

It would be cheaper for Apple to buy a private jet and just fly that daily. I'm surprised Cook hasn't run the numbers on that.

Not even remotely true that it would be cheaper, particularly for trans-oceanic flights. The class of airplane needed along with operational and "parked" costs might surprise you. A commercial airline is going to have access to airports, gates, and takeoff/landing time slots that no privately-owned airplane would, either.

The one argument in favor of private or leased airplanes (a la NetJet) is scheduling and a lack of security theater hassles, but if you're traveling as an elite, as these Apple employees most certainly are, there's plenty of options and airlines will do a lot to reduce friction for that class of traveler.

I earned elite status during a brief part of my career when I was flying 2-3 times a month and, let me tell you, the amenities and services airlines offer to elites creates an entirely different travel experience from the general rabble. With the money Apple is spending, they likely even have sway over departure schedules.
Score: 7 Votes (Like | Disagree)

narenh
United actually treats their elite flyers really well. You can bet most of the Apple folks who are flying to China regularly are on the high end of the Gold - Global Services spectrum.
Score: 6 Votes (Like | Disagree)
Read All Comments