A rare Pixar Animation Studios poster featuring "Toy Story" characters Buzz Lightyear and Woody that was signed by former Apple CEO Steve Jobs is set to be auctioned off later this week.

Jobs is said to have signed the poster sometime after 1995 when "Toy Story" debuted. The movie was Pixar's first feature length film and it was overwhelmingly successful, securing Pixar as a major animated film studio. 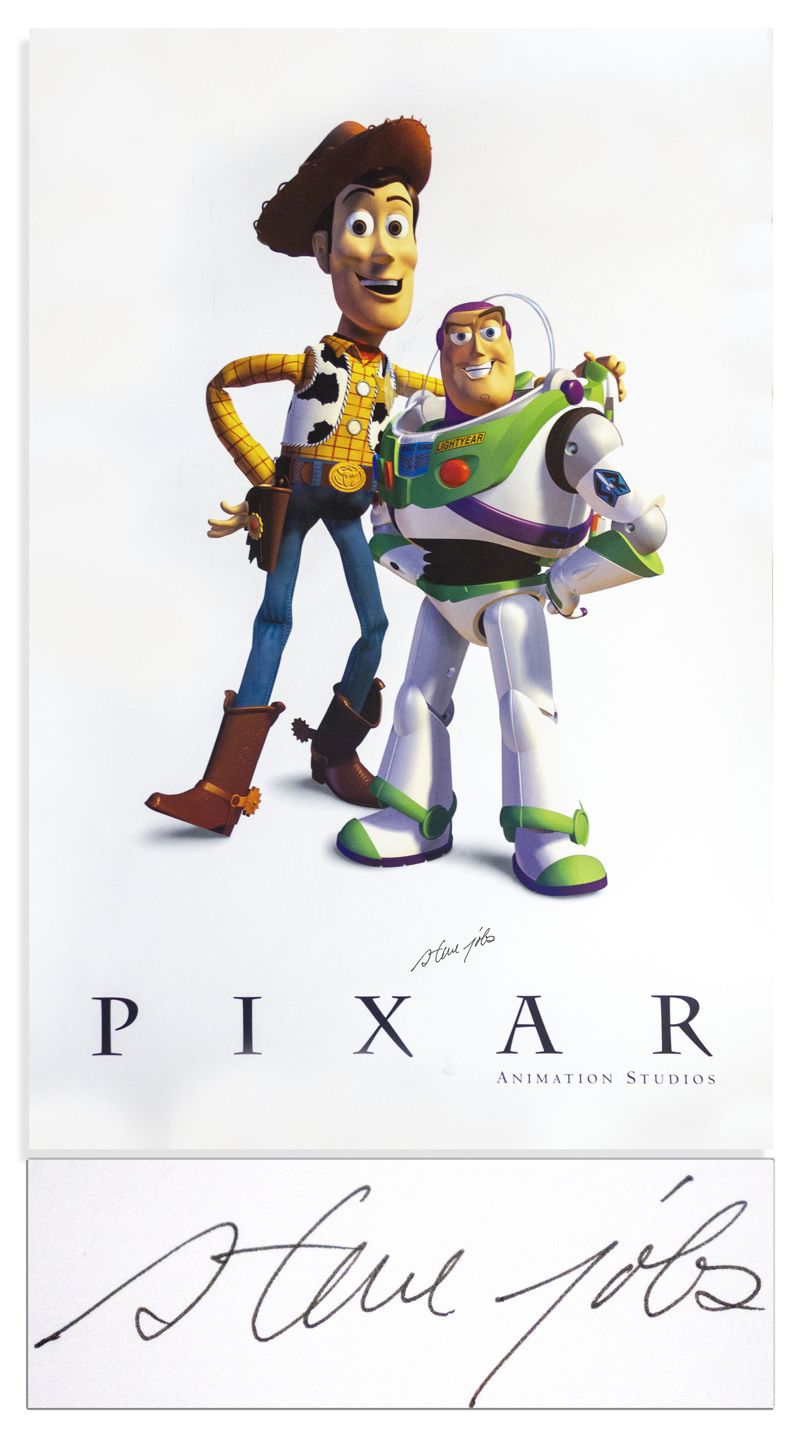 Poster with extra magnification of the signature at the bottom

Steve Jobs was a majority shareholder in Pixar and he was credited as an executive producer in "Toy Story." Following Pixar's acquisition by Disney, Jobs also served as a member of Disney's board of directors as the company's largest individual shareholder.

The poster measures in at 24 inches by 36 inches and is signed by Jobs at the bottom near the Pixar logo.

The bidding on the poster will start at $25,000, and it comes with a letter of authenticity. The auction will kick off on August 29.

For some that are collectors of this type of paraphernalia, some will gladly pay this for Steve Jobs signature on it.

flygbuss
That’s a nice poster! Would love to have it. Even without signatures with a printed one..
Rating: 3 Votes

I think you mean memorabilia. ;)

TonyC28
I’d buy that in a second if I could. Cool memorabilia.
Rating: 2 Votes

mcfrazieriv
Does this poster come with evidence that he actually signed it? How many more random artifacts will pop up with "his" signature in the coming years...
Rating: 2 Votes


Rich people love to buy these kinds of things and show them off. In college I worked at jobs that required me to install computer systems for rich people and they love to show their fancy coffee table books, odd collections of things, and autographs they have.
Rating: 1 Votes

Does this poster come with evidence that he actually signed it? How many more random artifacts will pop up with "his" signature in the coming years... 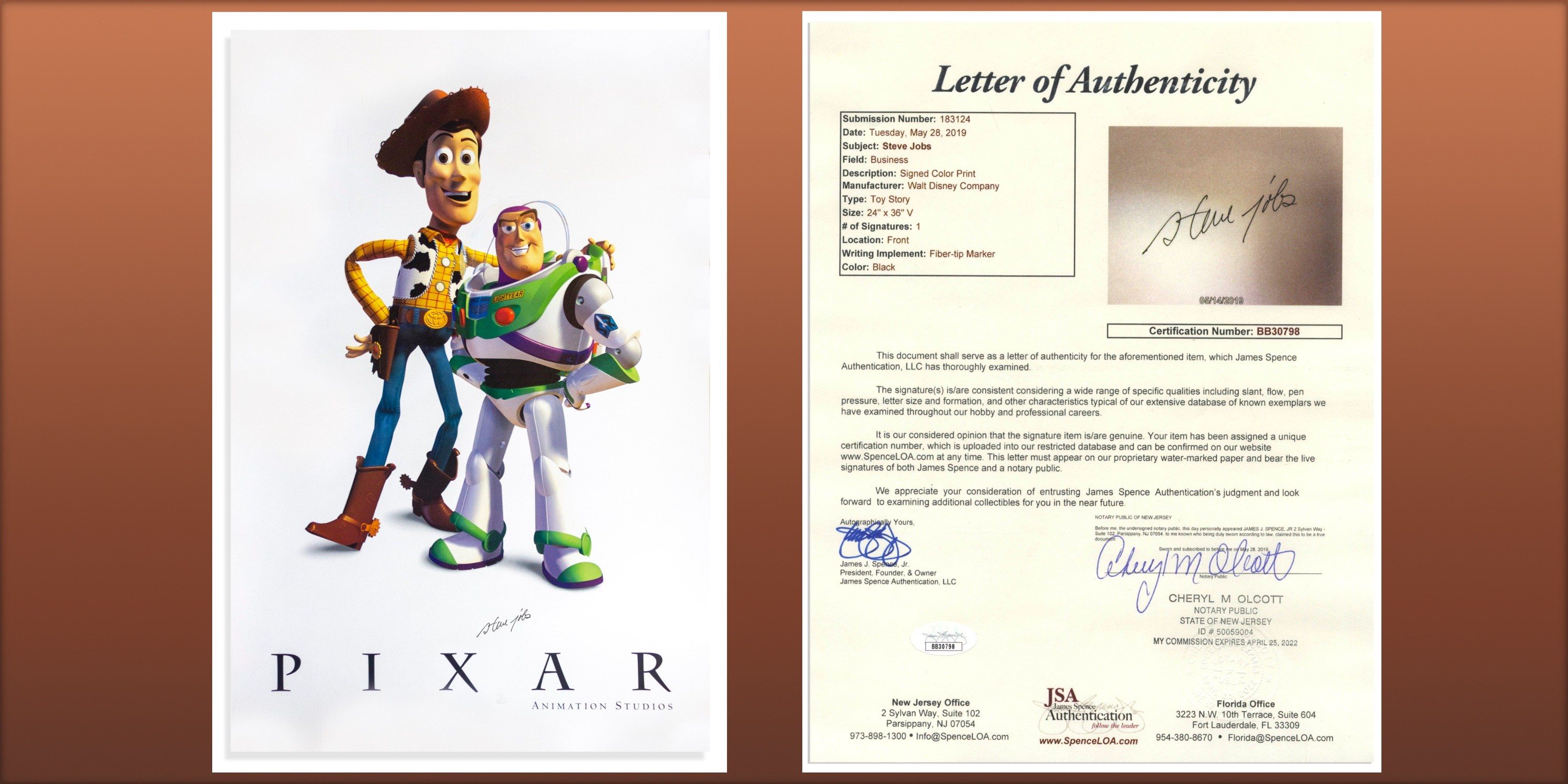 
Price is subjective. For some that are collectors of this type of paraphernalia, some will gladly pay this for Steve Jobs signature on it. I mean, there are collectors of his past belongings.
Rating: 1 Votes
[ Read All Comments ]