Sprint is selling Boost Mobile in an effort to unload assets to gain regulatory approval for its upcoming merger with T-Mobile. The two companies have been aiming to sell Boost Mobile to appease U.S. regulators who believe the merger raises antitrust concerns. 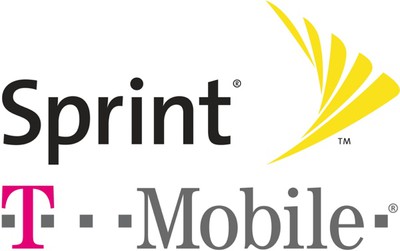 Sprint and T-Mobile first announced a merger agreement in April 2018, but the completion of the deal requires government approval. As of May, U.S. regulators were said to be "leaning against" approving the merger unless some of T-Mobile and Sprint's assets were sold off.

Dish may be planning to announce a deal as soon as this week, according to sources who spoke to Bloomberg. The terms of the deal have not yet been finalized and it could still fall through, however.

mytdave
Hello DOJ: We don't need 4 major carriers... News flash, Sprint and T-Mobile each by themselves are not major carriers, they are minor carriers. We actually need them to merge to become big enough to actually compete with the likes of AT&T and Verizon. Their merger will HELP foster competition in the marketplace, not hurt it. The only caveat (which it looks like might have been taken into account here) is protection for MVNOs, and that should hold true for all carriers.
Score: 29 Votes (Like | Disagree)

jtmarine73
If Sprint \ TMo merger is too big, than why isn't Verizon big enough to split up? Why are they allowed to have their own pre-pay carrier?
Score: 12 Votes (Like | Disagree)

chscag
My wife and I are on the T-Mobile senior plan. Unlimited calls, texts, and data for 2 phones at $60.00/month. A real bargain compared to what we would have to pay AT&T or Verizon for the same service.
Score: 10 Votes (Like | Disagree)

bbednarz
I just really hope the Sprint/T-Mobile merger doesn't mess up my current deal. Paying $80/month for 2 phones with unlimited data and an Apple Watch. Can't beat it.
Score: 7 Votes (Like | Disagree)

dontwalkhand
Boost mobile didn’t own any actual towers I thought. This just means they’ll still be another MVNO of Sprint
Score: 5 Votes (Like | Disagree)

Hello DOJ: We don't need 4 major carriers... News flash, Sprint and T-Mobile each by themselves are not major carriers, they are minor carriers. We actually need them to merge to become big enough to actually compete with the likes of AT&T and Verizon. Their merger will HELP foster competition in the marketplace, not hurt it. The only caveat (which it looks like might have been taken into account here) is protection for MVNOs, and that should hold true for all carriers.

T-Mobile has grown a ton, by no means some third rate carrier as you make it seem. Tons of low band spectrum and with the 700 MHz rollout coverage has improved significantly over the past 5 years. It’s not going to foster more competition by reducing to three carriers. TMO for one is slowly raising rates already as expected by their growth. They got the greatest share of the 600 MHz band as well in auction, if anything they’re pretty competitive with the other two top ones in most places.

Right now I pay $130 after taxes for 4 lines and international calling (Global, not just Mexico and Canada) (all lines) as part of my grandfathered T-Mobile Simple Choice plan from 2014. LTE to 4GB then 2G for unlimited on all lines. They’ve gotten really far in terms of coverage and speeds since then so they have upped the pricing of plans for newcomers.
Score: 4 Votes (Like | Disagree)
Read All Comments

Wednesday June 16, 2021 7:11 am PDT by Hartley Charlton
With no sign of redesigned MacBook Pro models at this year's WWDC, when can customers expect the much-anticipated new models to launch? A number of reports, including investor notes from Morgan Stanley and Wedbush analysts, claimed that new MacBook Pro models would be coming during this year's WWDC. This did not happen, much to the disappointment of MacBook Pro fans, who have been...
Read Full Article • 159 comments

Wednesday June 16, 2021 10:49 am PDT by Juli Clover
Apple CEO Tim Cook this morning participated in a virtual interview at the VivaTech conference, which is described as Europe's biggest startup and tech event. Cook was interviewed by Guillaume Lacroix, CEO and founder of Brut, a media company that creates short-form video content. Much of the discussion centered on privacy, as it often does in interviews that Cook participates in. He...
Read Full Article • 171 comments