Cannes Lions today announced that Apple has been named the Creative Marketer of the Year, marking the first time the Cupertino company has won the award.

Apple was named the Creative Marketer of the Year to honor its "world class creative communications and marketing initiatives." 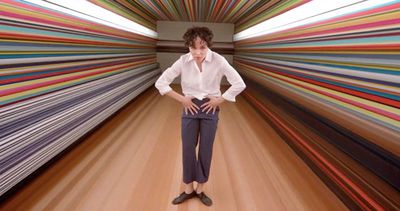 Simon Cook, Managing Director of Cannes Lions, said that Apple is "highly deserving" of the Creative Marketer of the Year Award.

"The company's marketing and communications consistently showcases creative excellence. Apple Inc. has created a culture that drives marketing strategies that ensure that its customers are true ambassadors for Apple brands."

Apple's VP of Marketing Communications, Tor Myhren, said that Apple is "humbled" to receive the award, which will be collected by Myhren at the final Awards Show of the Cannes Festival on Friday, June 21.

"We are humbled to receive this prestigious award. Apple has always believed creative, passionate people can change the world for the better. We make tools for those people, and we make marketing for those people."


Other companies that have won the award in the past include Google, Burger King, Samsung, Heineken, McDonald's, Coca-Cola, Mars, IKEA, and Unilever.
[ 38 comments ]

The "new normal" in Apple's advertising quality (including their little tutorials) is nothing short of amazing. Bringing advertising in-house, after a mediocre start, proved to be a tremendous move for the company (and of course it was very much maligned here).
Score: 8 Votes (Like | Disagree)

rosegoldoli
i 100000% believe that apple's marketing is genuis
Score: 6 Votes (Like | Disagree)

A mediocre start? Apple had iconic adverts from the getgo including the famous 1984 one etc

I find it weird that people credit Apple with those ads, not the agency that actually made them (Chiat\Day).
Score: 4 Votes (Like | Disagree)

A mediocre start? Apple had iconic adverts from the getgo including the famous 1984 one etc

You misunderstood what @djcerla was referencing. He was talking about their in-house efforts, not the Chiat Day ads. Their initial in-house foray into ad making wasn't exactly... the point is, it has gotten better.

The best thing about that HomePod ad was the song by 'Til It's Over' by Anderson Paak. I'm still listening to that on FH4 Block Party.
Score: 4 Votes (Like | Disagree)

bchery21
Great ad. If you haven't seen the making of it, it's worth a watch imo.

Drop the price to £199 and I might even consider getting one.
Score: 3 Votes (Like | Disagree)
Read All Comments