Today is the official launch day for the 11 and 12.9-inch iPad Pro models, and we got our hands on one of the new larger versions along with a Smart Keyboard Folio and an Apple Pencil 2, the new accessories that go along with the updated tablet.

Check out our latest YouTube video for an unboxing and feature overview of the new device, which has been radically overhauled compared to the previous-generation model.

Subscribe to the MacRumors YouTube channel for more videos.
Apple's new iPad Pro models feature an entirely new design with a near edge-to-edge display that replaces the Touch ID Home button with a TrueDepth camera system and Face ID for authentication purposes. 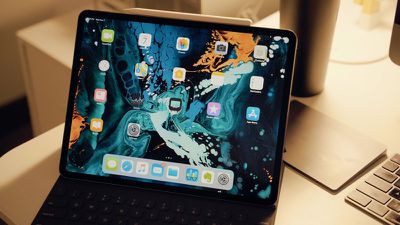 Design wise, the iPad Pro models no longer use smooth, rounded edges that taper into the back of the tablet, instead featuring a flat, more industrial band around the sides that's reminiscent of the iPhone 5.

The 11-inch model is the same size as the 10.5-inch model just with a bigger display, but for the 12.9-inch model, Apple kept the 12.9-inch display and shrunk the body size, so it's smaller and more compact, and easier to hold.

There's a new USB-C port that replaces the Lightning port, so you can plug in all manner of things, like 4K displays, cameras, and even your iPhone. Over USB-C, the iPhone can charge from the iPad Pro, much like it would from a Mac.

Face ID on the new iPad Pro works great, and unlike the iPhone, it can unlock the iPad in either portrait or landscape orientation. You need to be careful not to cover up the sensor with a hand when using it in landscape mode, but it's otherwise pretty flawless.

The A12X in the iPad Pro is super speedy and faster than many notebooks on the market, but there's one thing to be aware of. All 64, 256, and 512GB iPad Pro models feature 4GB RAM, while the 1TB models have 6GB. It's not yet entirely clear why the higher-capacity models have more RAM, but it's worth noting if you're aiming for maximum performance.

The Smart Keyboard Folio feels similar to the previous-generation Smart Keyboard with the same general key feel, but the folio style is nice because it offers all-around device protection.

The 12.9-inch iPad Pro isn't going to be for everyone because of its size, but it offers maximum display for making art, gaming, and other purposes. For those who think the 12.9-inch model is just a bit too big, the 11-inch iPad Pro is a great compromise, offering a lot more screen real estate than the previous 10.5-inch model.

Did you get a new 2018 iPad Pro? Let us know what you think in the comments.

BruceEBonus
Looks like a real computer. Costs like one too. But ... isn’t. And the little boy asked “Daddy, why.” And his father sighed and replied ... “Son, sometimes people get sidetracked and get stuff cos it’s ‘new’ not for any other reason”
Score: 7 Votes (Like | Disagree) 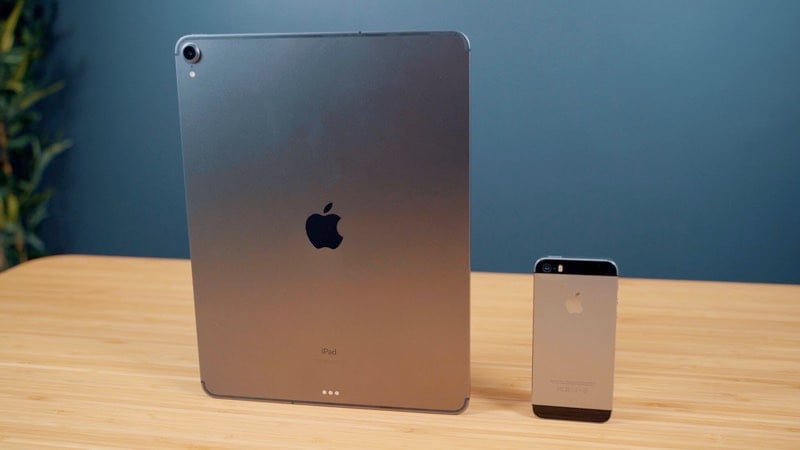 The way the iPhone is lined up with the table makes my OCD very happy.
Score: 5 Votes (Like | Disagree)

Brainjax44
I don’t get why no one is commenting how stupid it was for Apple to design the last smart keyboard with the felt-side-down when typing. You know, the part that covers the screen when closed? That thing picked up so much dust and debris that then scratched up your screen, it’s ridiculous the designer got away with it. This is a huge step up.
Score: 5 Votes (Like | Disagree)

Veinticinco
Tempted I cannot lie...but for all the new form factor feel, unless you go basic spec it's still a psychological barrier to buy an iPad when you can buy the new MBA for similar price.
Score: 5 Votes (Like | Disagree)

The big advantage of Intel or compatible, esp. for systems often doing duty somewhere between desk/laptop vs server, is that you can run a Windows or Linux VM (or Docker for Mac) if you have something that's best done in those environments. A fast enough non-Intel could emulate, but it'd have to be a LOT faster, and for laptops, that'd be power hungry.

Phones and tablets lock you into an ecosystem, and unless you're a developer, give you very limited freedom in how you can do things. Laptops and desktops, although they may optionally offer such controls (App Store apps only, for instance), give you more flexibility; if not, there's really not that much point to them.

When the Apple ARM was truly at the level of a replacement (for both CPU and GPU/crypto/etc engines) - and probably more power-efficient, I could maybe see the point of a laptop/desktop that had both an Apple ARM CPU and an Intel CPU, where the main OS ran on the ARM, with an auxiliary kernel that ran on the Intel; and the Intel would sleep except when needed. That would allow the widest range of apps on the laptop/desktop.

I remember in my first year of University studying this new CPU concept called RISC. It so happened I'd just purchased the world's first ARM powered desktop computer and decided to take a large C function and compiled it on 3 different systems. My Acorn Archimedes with it's ARM2, the faculties Intel powered Sequent server and a department Sinclair QL with it's 68000.
I wrote a paper on this and the findings were that the ARM could do the same thing using 1/4 of instructions that either CISC CPU could manage. The total opposite of what a Reduced Instruction Set CPU was supposed to do.
The Acorn guys in Cambridge (UK) didn't design ARM for mobile. They designed ARM for desktop.
It was a complete accident that it just happened to be incredibly low powered and ended up being the mobile CPU of choice.

So I think it's only fitting that the ARM returns to the platform that is was originally intended for. The desktop.
In the desktop power and heat aren't the same concern as mobile. Stick a big fan on it and run it on mains power. How much more can you crank up the A12X and future architectures?
Apple has been really good at not saddling itself with legacy support which has always been the millstone around the neck of Intel.
We are in an age now where i386 compatibility means nothing anymore.
Score: 5 Votes (Like | Disagree)
Read All Comments

Saturday February 4, 2023 10:05 am PST by Eric Slivka
Online retailer TigerDirect has slashed pricing on the M1 iPad Air in several colors, offering the base 64GB configuration for just $313.99 in Purple and Pink. Note: MacRumors is an affiliate partner with TigerDirect. When you click a link and make a purchase, we may receive a small payment, which helps us keep the site running. That's a savings of 48% compared to Apple's normal $599.00...
Read Full Article • 461 comments