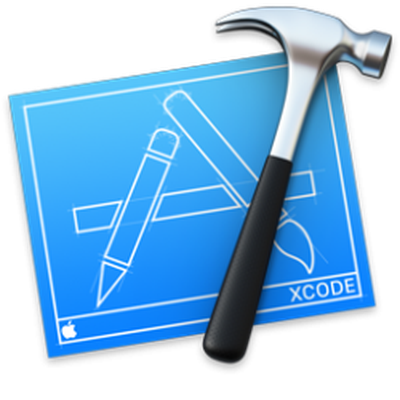 Upwork, the largest global freelancing website, today shared a list of the top 20 fastest growing skills in the U.S. freelance job market, providing a closer look at trends in the industry.

Apple's design framework for iOS and tvOS apps, UIKit, and its development tool, Xcode, both made the list in the second quarter of 2018:

Upwork says more companies are seeking freelance developers with Xcode knowledge to build their apps, causing an "increase in demand" for experience with the tool. UIKit also saw "high growth" last quarter, making its first appearance on the list.

Upwork shared a list of relevant online courses for each skill listed, including UIKit and Xcode, for those interested in getting started.

HumpYourWayUp
Mobile programming is not boring
Score: 5 Votes (Like | Disagree)

fairuz
React Native makes UIKit and Xcode a non-issue for many applications. Discord only has one iOS dev, and he mostly just takes the JS/HTML from the website and puts it into the app. Javascript has plenty of problems but is easier to deal with in the end.

The whole UIViewController/UIView setup with both storyboards and programmatic layout is an utter mess. I tried RN for the first time recently, and it's so much easier to lay stuff out. Man, I've wasted so much time on UIKit. That and Redux and other data model tools are way simpler than sucky CoreData.
[doublepost=1533064068][/doublepost]

In the 90's the skill to have was to be able to make websites. Now it's pretty intense Xcode to make apps.

And programming in Xcode feels like it's still the 90s, except at least in the 90s you had Vi. I find it actually easier to manipulate strings in C than in Swift, and I've used both equally.
[doublepost=1533065027][/doublepost]

Apps lilke Atom, Slack, Skype, Flow etc. are not real apps?
Although generally I don't like the idea of writing those kind of apps in something like javascript. JS is and remains a horrible language.

Not quiet sure what to make out of that list. Top 20 fastest growing skills in the U.S. freelance job market doesn't mean much. If MyCrazyLanguage had 1 request last year and 3 requests this year, it is fast growing but otherwise is not a significant skill to learn.

Slack is a total PoS. The app is unresponsive too often and takes too much memory for something that's just messaging. Discord is a much better example.

Also, yeah. Blockchain is on the top of that list. Nobody is really a blockchain dev, unless you count Ethereum "dapps" in that, and even then it's rare.
Score: 2 Votes (Like | Disagree)

now i see it
In the 90's the skill to have was to be able to make websites. Now it's pretty intense Xcode to make apps.
Score: 1 Votes (Like | Disagree)

DeepIn2U
Well I like both sides of this conversation yet I’ll take the side of ‘hump’ just cause well, his name sounds like the kind of FUN I want to have (in life and on my way up to the pearly gates! Isn’t that what heaven should be like? ;) )
Score: 1 Votes (Like | Disagree)

Web technologies aren't suitable for real apps. They're not suitable for basic apps. Every place I've worked at has banned the use of shitware tools like Xamarin, Phonegap, Cordova, Titanium and the like because while the idea behind them is good, the execution is terrible and provides awful user experience.
Score: 1 Votes (Like | Disagree)

Although generally I don't like the idea of writing those kind of apps in something like javascript. JS is and remains a horrible language.

Which is why most of us developers don't use raw javascript anymore. We use something like typescript, which compiles down to javascript.
[doublepost=1533060166][/doublepost]

Mobile programming is definitely NOT boring. I love it, and love coming to work everyday to develop for mobile platforms. Bootstrap and Angular/typescript help on the HTML5/JS/CSS side. Xcode is challenging in the beginning, but it's fun once you get used to it.
Score: 1 Votes (Like | Disagree)
Read All Comments