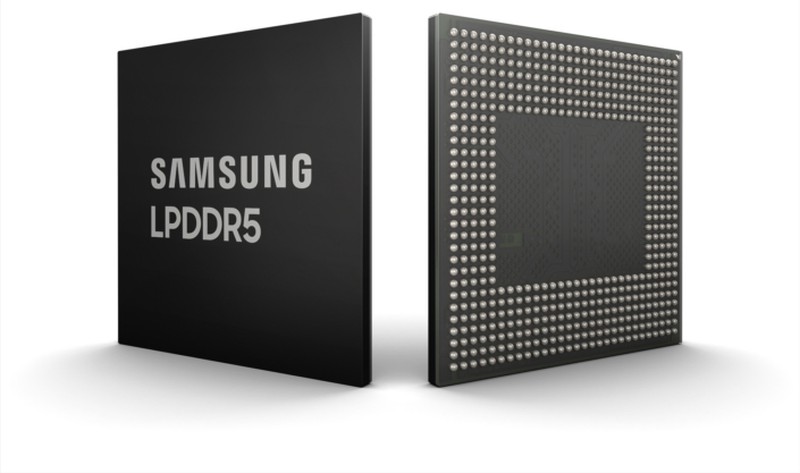 Samsung says the prototype chip boasts a data rate of up to 6.4 Gbps, which is 1.5 times as fast as the LPDDR4X DRAM used in the iPhone X and other flagship smartphones. The chip also features an all-new sleep mode and other features that reduce power consumption by up to 30 percent.

AnandTech has a good overview of the chip's technical details, but from a higher level, this development could result in future iPhones having even faster, yet even more efficient, memory. That would translate to maximized performance and extended battery life, which is good news all around.

Samsung said it plans to begin mass production of its next-generation DRAM lineups, including this LPDDR5 DRAM chip, but didn't specify when. LPDDR5 is said to be so cutting edge that the JEDEC standards group has not yet finalized the specifications for it, so it could take some time.

If you don’t like Apple why are you on an Apple rumors site?

Looks like the strategy is working pretty well for the most valuable profitable company in the world...

But no, they should change their strategy to the highly capital intensive and low margin hardware manufacturing business...lol.

The consumer is better served by the success of an industry rather than the success of a specific company. No one's disputing Apple's success story, but I'm still surprised how people seem to value Apple's interests above their own personal interests as consumers.
Score: 14 Votes (Like | Disagree)

Looks like the strategy is working pretty well for the most valuable and profitable company in the world...

But no, they should change their strategy to the highly capital intensive and low margin hardware manufacturing business...lol.
Score: 12 Votes (Like | Disagree)

Samsung just announced it today and it won't ship for several months. Highly unlikely it'll make it into a phone that's just about to go into production in the next couple weeks for a September launch.

Do you think Samsung is giving this stuff away for free? It's their product to sell.
Score: 10 Votes (Like | Disagree)

When it comes to component R&D/design/manufacture Samsung are a beast. Samsung mobile and Samsung electronics however are two entirely different entities and only the former compete, or are comparable with Apple. I don’t think Apple want to run their own heavy manufacturing plant. They source that stuff elsewhere (like Samsung, for example)
Score: 8 Votes (Like | Disagree)
Read All Comments