Apple today seeded the fourth beta of an upcoming watchOS 5 update to developers, two weeks after releasing the third beta and more than a month after introducing the software at the Worldwide Developers Conference. 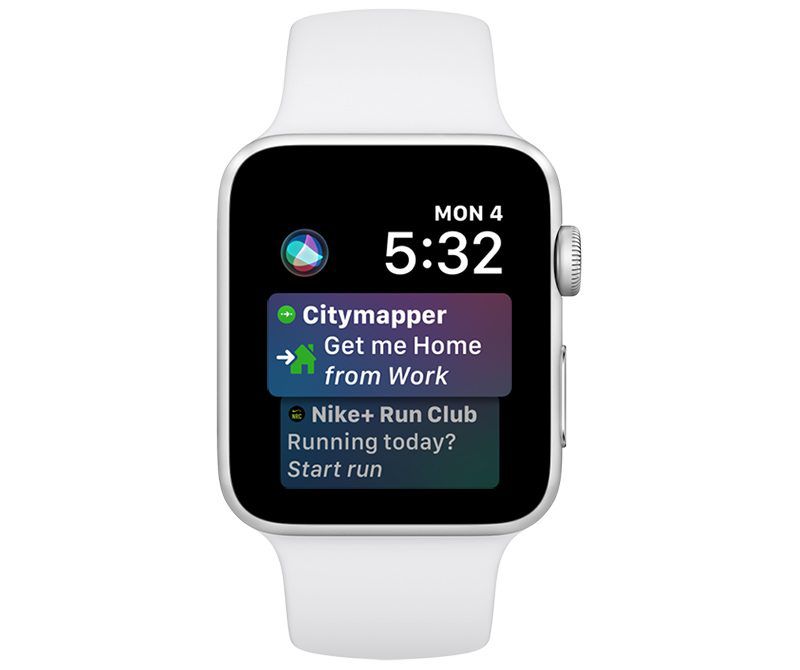 To update, the Apple Watch needs to have 50 percent battery, it must be placed on an Apple Watch charger, and it has to be in range of the iPhone. It would be wise to install the beta on a secondary device instead of a primary device given that this is an early version of the watchOS 5 software that still has bugs to be worked out.

watchOS 5 is a major update to watchOS, introducing Activity Competitions so you can compete on workouts with friends, Walkie-Talkie with push-to-talk functionality for quickly communicating with the people you talk to most, and auto workout detection to make it easier to start and stop workouts if you forget.

Other new features include an improved Siri watch face with support for third-party apps through Siri Shortcuts, a dedicated Apple Podcasts app, new Workout types that include Yoga and Hiking, new features for runners, WebKit support for viewing some web content on Apple Watch, and enhanced notifications, which will make notifications on the Apple Watch interactive.

Early software betas often introduce new functionality, so we'll update this post if anything new is found in the fourth beta of watchOS 5.

centauratlas
Hopefully iCloud message syncing will be added to watchOS 5 at some point. Or they add a feature like the "clear all notifications" option for messages.
Rating: 2 Votes

Natesac
For those with contact sync issues. Try editing or adding a contact. Fixed it for me. For now...
Rating: 2 Votes

mmomega
Does anyone else think.... there has got to be a way to speed up the updating of an Apple Watch?

Like by the time I get the update finished, there's a new update.
Rating: 1 Votes

Does anyone else think.... there has got to be a way to speed up the updating of an Apple Watch?

Like by the time I get the update finished, there's a new update.


I know, mine keeps switching between 1-2 hours to download to watch.
Rating: 1 Votes

HarryT
I’m really hoping this fixes my watch. Since the last beta it’s not tracked any activity as well as the other reported bugs like contacts not syncing etc.

It’s been a pretty much dead weight since the last beta.
Rating: 1 Votes

Hopefully iCloud message syncing will be added to watchOS 5 at some point. Or they add a feature like the "clear all notifications" option for messages.

I wish
[doublepost=1531851382][/doublepost]Still sync issue doesn't come up with names also walkie talkie has vanished since beta 3 and 4 still isnt there is it just me or is others got it
Rating: 1 Votes


You need to go into watch app on iPhone and reset sync data and then names will show up again in messages.

Wallow Talkie is still there for me.
Rating: 1 Votes
[ Read All Comments ]