Apple's 2018 iPhone lineup could ship with new USB-C power adapters that come with USB-C to Lightning cables for faster charging, according to a post on Chinese social network Weibo that cites supply chain sources.

Apple is said to be planning to upgrade to USB-C support for all of its devices, shipping next-generation iPhones with a redesigned 18W power adapter that allows for USB-C fast charging with an included USB-C to Lightning cable. 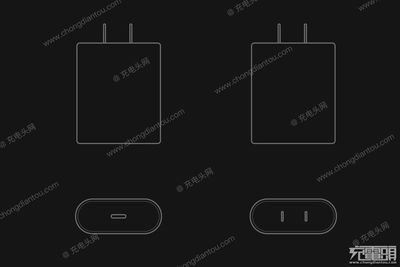 We're not able to verify this rumor as it comes from a source without a track record for accurate reporting, but switching to USB-C power adapters across the iPhone and iPad lineup would make some sense as Apple's Mac lineup has largely transitioned to USB-C.

An 18W USB-C power adapter would enable fast charging speeds that would allow the iPhone to charge from 0 to 50% in approximately 30 minutes.

This kind of fast charging functionality is available for the iPhone 8, iPhone 8 Plus, iPhone X, and iPad Pro models, but at the current time, it requires customers to use a USB-C MacBook power adapter (minimum price $49) or a third-party USB-C power adapter ($15+) paired with a Lightning to USB-C cable, which is priced at $25 and only available as a standalone accessory.

Current iPhone models ship with a 5W power adapter that works with a USB-A to Lightning cable, so an upgrade to an 18W adapter would be a huge change. Presumably, the same changes will be implemented in upcoming iPad Pro models if the rumor is true, with Apple also upgrading the existing 12W USB-A iPad Pro power adapter to an 18W USB-C power adapter.

When using fast charging functionality over USB-C with a USB-C to Lightning cable, maximum charging speeds are achieved on an iPad or iPhone at approximately 18W, as we discovered in a detailed iPhone X charging speed test we performed late last year.

An included USB-C power adapter and USB-C to Lightning cable that supports fast charging would be a huge gain for iPhone users. Such charging speeds promise 50% battery in 30 minutes and can deliver an 80% charge (from zero) in approximately an hour. Many competing Android devices already support fast charging without the need for customers to purchase additional accessories.

Today's report suggests the design of the charger that ships with the iPhone will see an overhaul, going from the traditional square shape used in the U.S. to something more akin to an oval. As mentioned above, it will reportedly include a USB-C to Lightning cable.

Do the other phones give you iOS, years of hardware and software support, and the integration of software/hardware of Apple?

Let's grow up and not act like phones are purely a commodity. There is a difference between the Apple experience, support, and service over the Android competitor.

what·a·bout·ism ― the technique or practice of responding to an accusation or difficult question by making a counter accusation or raising a different issue
Score: 38 Votes (Like | Disagree)

bartolo5
I guess dropping lightning is not an option, but would be neat if everything was USB-C
Score: 35 Votes (Like | Disagree)

SoN1NjA
Oh, why thank thou generous Tim Cook! Finally giving us something every other phone (that doesn't cost $1200) comes with...
Score: 28 Votes (Like | Disagree)

Oh thank you thy generous Tim Cook, finally giving us something every other phone (that doesn't cost $1200) comes with

Do the other phones give you iOS, years of hardware and software support, and the integration of software/hardware of Apple?

Let's grow up and not act like phones are purely a commodity. There is a difference between the Apple experience, support, and service over the Android competitor.
Score: 27 Votes (Like | Disagree)

oghowie
People will complain, but this is definitely better for the long run.
Score: 24 Votes (Like | Disagree)
Read All Comments