Toyota today announced that CarPlay will be a standard feature in the all-new 2019 Corolla Hatchback in the United States. 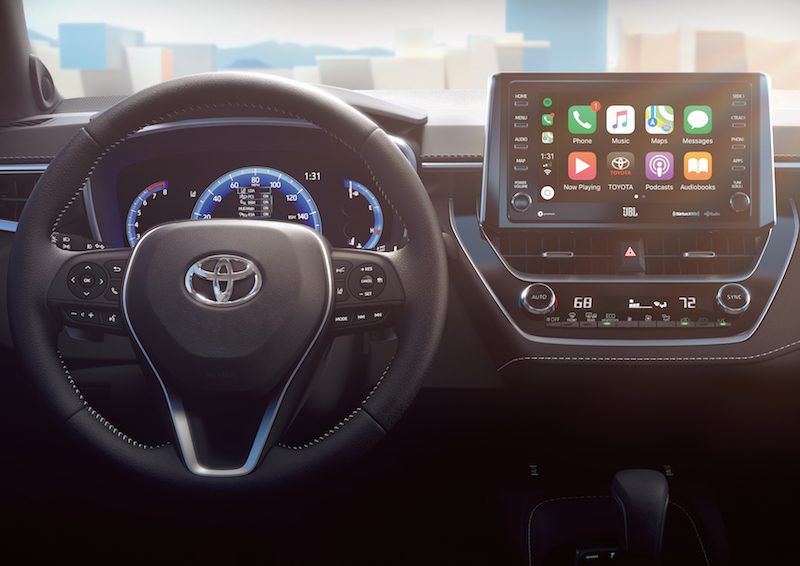 CarPlay and Amazon Alexa, but not Android Auto, are built into the vehicle's Entune 3.0 system with an eight-inch touchscreen, Siri Eyes Free, AUX, a USB 2.0 port, and hands-free phone calls and music playback via Bluetooth. A tray with optional Qi-based wireless charging is built in to hold the iPhone.

Toyota is debuting the 2019 Corolla Hatchback at the New York International Auto Show next week. The vehicle will be available at dealerships across the United States in summer 2018. Pricing and exact availability has not been disclosed. 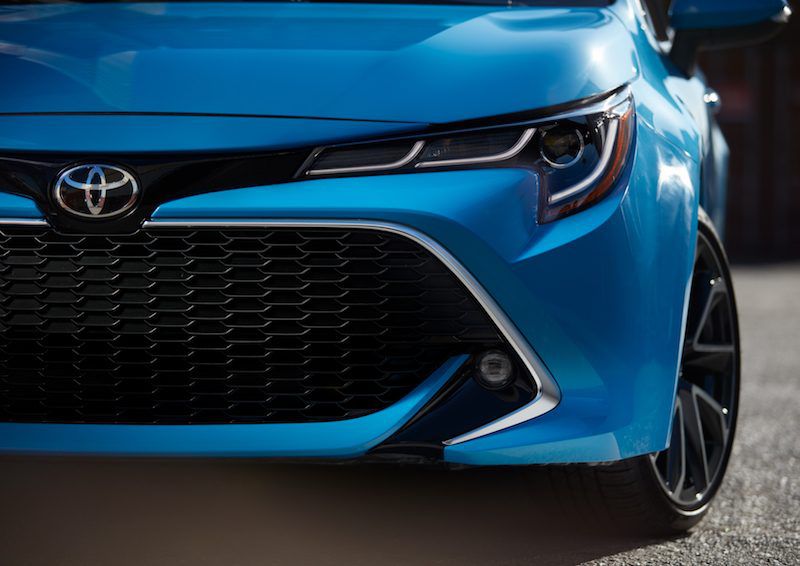 Toyota was one of the last major automakers that didn't support CarPlay. That changed in January, when the company introduced the 2019 Avalon as its first vehicle compatible with Apple's in-car software platform, which provides convenient access to Phone, Maps, Messages, Music, Podcasts, and select third-party apps.

Toyota has yet to reveal any other CarPlay vehicles, but if the 2019 Corolla Hatchback is compatible, then the 2019 Corolla sedan likely will be too. The 2019 Camry and 2019 Sienna will also likely feature CarPlay given the 2018 models of those vehicles are already equipped with the Entune 3.0 system.

Lexus vehicles with the Enform 2.0 system will also support CarPlay. Unfortunately, a spokesperson for Toyota told MacRumors that it doesn't have any plans to support CarPlay in pre-2019 vehicles or other countries at this time.

Related: Toyota and Lexus to Offer CarPlay in Select 2019 Vehicles and Beyond in United States

Honestly I've never met anyone who mentioned CarPlay as an important feature in their next car purchase. People have much bigger determining factors in buying a car, and in my experience very few people use CarPlay or Android Auto anyway. I think they're both vastly overrated in forums like this.


I work in the automotive industry and word back from dealers is lots of people are asking about CarPlay (and also Android Auto, but less so). Two main reasons for this are the ridiculous prices manufacturers charge for navigation (when your phone has it built in for free) and concerns about distracted driving (like tickets - here it's over $500 if you're caught).

As to whether people choose a vehicle for CarPlay - people are thinking of this the wrong way. Someone isn't going to drop $30K on a certain car only because it has CarPlay. That would be kind of ridiculous. People often shop for different vehicles in the same class (the classic Honda Accord vs Toyota Camry is a good example). In this case, when two vehicles are similar then a feature as simple as CarPlay can be a deciding factor in picking one vehicle over another. At least until such time as every car supports it.
Rating: 5 Votes

Another car with usless apple maps

I like Apple maps on my Apple car play, and no issues at all. More reliable then the GPS that came with my vehicle.
Rating: 4 Votes

Maybe this is true for most iPhone users, but not me.

I think that CP is overrated. I have used it since 2015, and having CarPlay as an option would have little influence over my next car purchase.

If CP ever allowed Waze support, then I might raise the priority of it a little.
Rating: 2 Votes

Another car with usless apple maps

Waze is so much better.
Rating: 2 Votes

They also mention a feature of their Entune system is "WiFi Connect". That plus the Qi charging give me hope.


WiFi Connect is their 4G LTE hotspot service that you can sign up for, in case you feel the need to have a wifi hotspot in your car. It and Qi Charging have been available in the past, before Toyota decided to start adopting CarPlay, so I wouldn't read too much into either of them.
[doublepost=1521831429][/doublepost]


Honestly I've never met anyone who mentioned CarPlay as an important feature in their next car purchase. People have much bigger determining factors in buying a car, and in my experience very few people use CarPlay or Android Auto anyway. I think they're both vastly overrated in forums like this. Yeah, Toyota's EnTune is terrible, but the average driver doesn't care as long as the FM radio works and, possibly, they can link audio over BT.
Rating: 2 Votes

The EnTune system is some serious trash.
Rating: 2 Votes

I agree. I have a 2012 Prius, and I prefer its dash. However, CarPlay would be nice. My Prius I runs like a champ, so I'm not that interested in upgrading yet. Probably going to get an oil change next week at the dealership near me, so maybe I'll ask around and see what that they plan for the 2019 Prius.


Employees never know anything. You're better off checking the interwebs/car forums.

Major kick in the balls for lack of Android Auto support.

Except CarPlay is an app that runs in Entune. The primary problem with Entune (I have a 2018 Camry) is how utterly horrible it is at connecting with my iPhone. This problem will continue to exist; Entune will make it unfeasible to try to use CarPlay.


Wifi Connect is a ripoff. They want me to pay them a monthly subscription that turns my car into a wifi hotspot which pulls data off my phone connected via Entune? Ha! I'll just turn on my phone's hotspot. For free. And be saved the bother of Entune.


In most cars it works this way: you connect your phone, and you press on the "app" button that activates Car Play (or Android Auto). That's it. There are only a few cars with wireless Car Play at the moment, so most likely you're going to connect with a lighting cable which would be more reliable. Not sure if your problem is with connecting via bluetooth or what, I don't have a Toyota.

Also, I'm pretty sure the Wifi Connect monthly charge is actually for a separate data package through a partner like AT&T, so it doesn't use your phone data. Personally, I don't pay for that because I just use my phone's data, even though my car offers something similar. I think the only real advantage is that it uses the car's antenna, so you might get a stronger LTE signal than your phone in certain areas.

Pretty much the best thing about it is controlling navigation, music, and calls with your voice. I listen to a lot of podcasts and music via Apple Music. It's great to be able to play almost any kind of music by asking for it (if Siri understands the request...). There should be many more important factors when considering a car, but I'm really glad Toyota has FINALLY relented.
Rating: 1 Votes

The EnTune system is some serious trash.