HomePod Works Abroad in English Only, Other Languages Coming in Future Software Updates

While the HomePod is initially launching in the United States, Australia, and the United Kingdom next month, MacRumors can confirm that Apple's smart speaker will function in most other countries around the world. 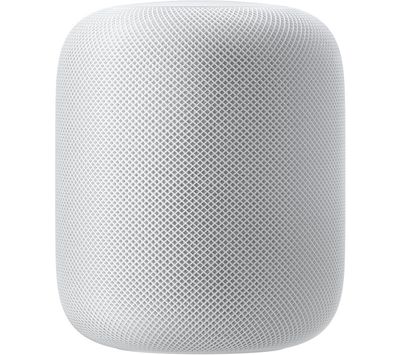 When users try to set up the HomePod outside of those aforementioned countries, a dialogue box will appear that directs them to choose one of three English language options to proceed. We can confirm this setup process can be completed, and that the HomePod functions, in mostly any country from day one.

The setup process was leaked by Guilherme Rambo‏ back in August:

This is how the HomePod setup will look like on an iPhone. pic.twitter.com/SARqsYslL6 — Guilherme Rambo (@_inside) August 22, 2017

What this all means is that if you manage to purchase a HomePod from one of the initial launch countries, you could take it back home to a country like Canada or elsewhere in Europe and it should function properly, but until Siri gains support for additional languages, you'll be stuck using English only.

While this information isn't all that surprising, we decided to share it given an influx of questions we have received from our international readers.

Apple today announced the HomePod will be available to order this Friday, January 26 in the United States, Australia, and the United Kingdom for $349, $499, and £319 respectively. Those orders will begin arriving to customers, alongside limited in-store availability, starting Friday, February 9.

Apple said the HomePod will launch in France and Germany this spring, marking the first countries where English isn't the primary language spoken where the speaker will be available. As mentioned, a future software update should add French and German language support to Siri on the HomePod.

bbplayer5
What a ridiculous price.
Score: 10 Votes (Like | Disagree)

Woyzeck
So in other words: there‘ll be many countries that‘ll never get Siri on their speakers, as is currently the case with Siri on AppleTV.

It‘s a shame that such a big company is unable to support all of their markets within reasonable time. Non-english speakers are always second class customers.
Score: 7 Votes (Like | Disagree)

What a ridiculous price.

Because you have already heard it in real life?

EDIT: I know that there are limitations because of the size.
Score: 5 Votes (Like | Disagree)

Physically speaking, it obviously can't rival audiophile quality, nor is it designed to.

However, with an announced down-firing woofer and seven-tweeter array it could still sound amazing and be a great improvement over the multitude of inexpensive 'junk' powered speakers a lot of people use for shared listening.
Score: 5 Votes (Like | Disagree)

But if it flops they'll just cover it up like they did with the Apple Watch. I actually hope these surveillance speakers go the way of the dodo.

Apple Watch is currently a $6 billion a year business - I'm sure Apple would love to see HomePod be as big a "flop."
Score: 4 Votes (Like | Disagree)
Read All Comments