Apple should do more to reduce growing smartphone addiction among children, said two major investors on Monday (via USA Today). In an open letter to the tech giant, New York-based Jana Partners LLC and the California State Teachers' Retirement System wrote of their increasing concern about the effects of mobile devices and social media on youngsters, urging Apple to offer more tools and choices to help prevent harm. 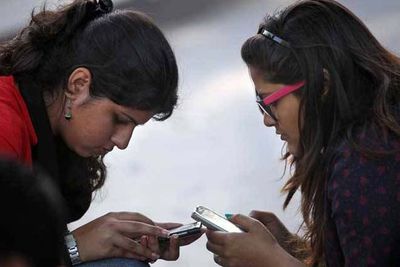 "There is a developing consensus around the world including Silicon Valley that the potential long-term consequences of new technologies need to be factored in at the outset, and no company can outsource that responsibility to an app designer, or more accurately to hundreds of app designers."

The letter cited several studies revealing the negative effects of smartphones and social media on children's mental and physical health. For example, one study found that 67 percent of over 2,300 teachers surveyed believe that the number of students who are negatively distracted by gadgets in the classroom is growing, while 75 percent say students' ability to focus on educational tasks has decreased.

In another study, eighth graders who are heavy users of social media were shown to have a 27 percent higher risk of depression, compared to children who exceed the average time spent playing sports, socializing with friends, or doing homework, all of whom have a much lower risk.

To counter the threat, the investors – who collectively control $2 billion worth of Apple shares – suggested that Apple set up an expert committee including child development specialists and make its information more available to researchers. The letter also proposed enhancing iOS and associated apps to give parents and guardians more resources to protect their children's wellbeing.

This is a complex issue and we hope that this is the start of a constructive and well-informed dialogue," said the partners. "As one of the most innovative companies in the history of technology, Apple can play a defining role in signaling to the industry that paying special attention to the health and development of the next generation is both good business and the right thing to do."

Update: In a statement provided to The Wall Street Journal, Apple said that iOS devices offer extensive parental controls that allow parents to oversee the content and apps being used by children.

"We think deeply about how our products are used and the impact they have on users and the people around them. We take this responsibility very seriously and we are committed to meeting and exceeding our customers' expectations, especially when it comes to protecting kids."

Apple also said that it makes sure the App Store is free from offensive material like pornography with clearly labeled apps that allow parents to find age-appropriate content. Apple also said that it is "constantly looking" for ways to improve its device and said new "even more robust" parental controls will come in the future.

deeddawg
While we're at it, let's urge car makers to do more to curb teen pregnancy.
Score: 84 Votes (Like | Disagree)

If you see kids on smartphones and tablets nowadays, it's on some next level ****. They are kids, they don't know the difference between responsible usage and addiction.

... but is it the responsibility of the platform maker to govern that...

or maybe it should be the kids *parents*?
Score: 60 Votes (Like | Disagree)

mlody
Is this another "Caution; this drink it hot" type of nonsense?

Do you know how I control the social media for my 15 years old? She does not have social media because she does not need it. Few years ago when she asked for Instagram and Snapchat we let her use it under the conditions that she would not spend too much time on it. but she abused it and we deleted her accounts and blocked the iPhone to allow her to download any apps and restricted Safari. Same with her MacBook - problem solved and she is doing just fine without that garbage.
Score: 46 Votes (Like | Disagree)

cocky jeremy
If you don’t like what Apple is doing, sell your shares and shut up. It isn’t a company’s job to parent other people’s kids. Period.
Score: 38 Votes (Like | Disagree)

jlluna
This is so true, I have noticed this also with adults. It has affected my family greatly. When we go to family gatherings everyone is on their phones and it seems like we don't talk much.
Score: 32 Votes (Like | Disagree)

JaySoul
If you see kids on smartphones and tablets nowadays, it's on some next level ****.

They are kids, they don't know the difference between responsible usage and addiction.

EDIT: I see many posts saying it is all down to the parents. Of course, parents have to be more responsible. But what about once the kid is older? Or out of sight? It could be to/from/at school. It could be on a sleepover. It could be "doing homework".

You can't police your child 24/7 or you end up like the recent Black Mirror episode "ArkAngel".

This is dialogue about enabling parents to remotely control limits on WiFi, data, certain app usage... Surely that's a good thing to talk about, especially when the MENTAL HEALTH OF CHILDREN is at stake.
Score: 25 Votes (Like | Disagree)
Read All Comments

Sunday September 25, 2022 6:50 am PDT by Sami Fathi
Apple may decide to release its remaining products for 2022, which include updated iPad Pro, Mac mini, and 14-inch and 16-inch MacBook Pro models, through press releases on its website rather than a digital event, according to Bloomberg's Mark Gurman. In his latest Power On newsletter, Gurman said that Apple is currently "likely to release its remaining 2022 products via press releases,...
Read Full Article • 141 comments