Apple Maps has been updated with comprehensive transit data in the Phoenix, Arizona and Birmingham, Alabama areas, enabling navigation with public transportation options such as buses and trains in those regions.

In the Phoenix area, supported vehicles include Valley Metro buses and trains, and the PHX Sky Train at Phoenix Sky Harbor International Airport. Routes extend to and from suburbs such as Chandler, Mesa, Glendale, Scottsdale, and Tempe.

In the Birmingham area, supported vehicles include MAX Transit buses operated by the Birmingham Jefferson County Transit Authority. Transit directions have also recently been enabled in Montgomery and Huntsville.

Keuning has a good track record, having tipped us ahead of time about transit in several cities and countries where the functionality eventually launched, including Las Vegas, Phoenix, Ottawa, Paris, Rome, Madrid, Taiwan, and Singapore.

The telltale sign is that Apple Maps typically adds station outlines to a region shortly before launching transit directions in the area.

For an occasionally updated list of cities and regions with Apple Maps transit directions, visit the iOS Feature Availability page on Apple's website.

eagleglen
Finally!!!!! I’ve been waiting for this for what seems like forever for Phoenix to be finally included. Thank you Apple.
Score: 2 Votes (Like | Disagree)

adamjackson
I bet Tim is happy about B-Ham being added. Vulcan approves: 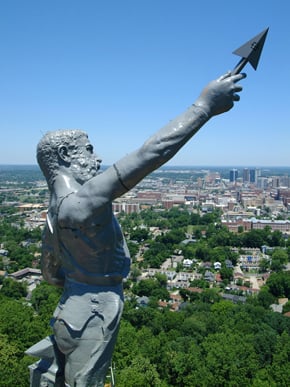 I be Tim is happy about B-Ham being added. Vulcan approves:

I remember back about fifteen years ago when Vulcan was being restored they just had his pieces sitting out in the Vulcan Park parking lot. We took a field trip up there for some reason, and I'll never forget crawling around on the inside of his notorious buttocks. Every time I look at it, I point at it and say to myself, "hey, I've literally been inside there."
Score: 1 Votes (Like | Disagree)
Read All Comments

Friday May 20, 2022 12:18 pm PDT by Juli Clover
Sony this week came out with an updated version of its popular over-ear noise canceling headphones, so we picked up a pair to compare them to the AirPods Max to see which headphones are better and whether it's worth buying the $400 WH-1000XM5 from Sony over Apple's $549 AirPods Max. Subscribe to the MacRumors YouTube channel for more videos. First of all, the AirPods Max win out when it comes ...
Read Full Article • 179 comments