iPhone 8, 8 Plus, and X Support the Galileo Satellite System for Better GPS

The iPhone 8, iPhone 8 Plus, and upcoming iPhone X include support for Galileo, Europe's Global Satellite Navigation System. While this information has been listed on Apple's iPhone technical specifications page since the devices debuted earlier this month, it's a feature update that's received little attention.

Multi-satellite support also increases signal availability in urban areas where buildings can obstruct the sky and limit the number of visible satellites. Galileo has 15 operational satellites in orbit and three that are in testing, compared to 31 GPS satellites and 24 GLONASS satellites. By 2020, Galileo is expected to have 30 satellites operational.

Worldwide support for QZSS is also new in Apple's 2017 iPhone lineup. iPhone 7 and iPhone 7 Plus models sold in Japan previously supported QZSS, but now all iPhones offer the feature. QZSS, unlike Galileo, GPS, and GLONASS, is limited to three satellites and is receivable only within Japan.

This is such a catch-up phone. Still not even there.
Low res IPS, small battery, huge top and bottom bezels, still limited in all sorts of ways by the OS.

Not to mention the notebook and PC lines... Full of stupid.

The event this year was the most sad ever. They were clearly humbled and knew what they were offering wasn't good.
Get rid of the management. Catch up faster. Fix these idiotic decisions being made.

What, are you a speech writer for Trump, just slumming on an Apple board for the evening?

Great! Belgium is twice in that picture (the atomium - the large atom - and the city hall of Brussels) where large countries like France, UK and Germany are only once in the picture. :D

Not bad considering it is not a real country.
Score: 6 Votes (Like | Disagree)

reallynotnick
Curious if anyone has tested this and seen a noticeable difference?
Score: 5 Votes (Like | Disagree)

campyguy
This is the time of year for some of us to buy new iPhones, but I'm sticking with my 6S+ for now. I spent my money (about $700) on a one-day ticket to the yearly ION GNSS+ so I could go to one GPS-related seminar. Broadcom announced what I was looking forward to hearing about - a new chip that will likely go into smartphones and tap into the L5 frequency. I couldn't squeeze what smartphones will get this chip out of the reps. :mad: We're not down to a gnat's ass yet, but we're getting close…

Here's a summary over at IEEE Spectrum: Superaccurate GPS Chips Coming to Smartphones in 2018 ('https://spectrum.ieee.org/tech-talk/semiconductors/design/superaccurate-gps-chips-coming-to-smartphones-in-2018')
Score: 4 Votes (Like | Disagree)

This is such a catch-up phone. Still not even there.
Low res IPS, small battery, huge top and bottom bezels, still limited in all sorts of ways by the OS.

Not to mention the notebook and PC lines... Full of stupid.

The event this year was the most sad ever. They were clearly humbled and knew what they were offering wasn't good.
Get rid of the management. Catch up faster. Fix these idiotic decisions being made.

"Full of stupid" ? Are you the Mario and Luigi Superstar Saga villain, Fawful? 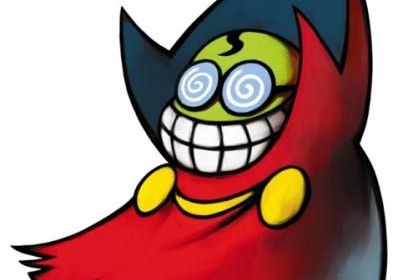 I agree that Apple is having an annus horribilis with its iPhone line. But the iPad Pro 10.5 sent the competition blasting off once again.

You should probably move to MacHaters.com
Score: 4 Votes (Like | Disagree)

jakebro
Galileo really is a major improvement to existing positioning systems. There are only three such systems with global coverage: the United States' Global Positioning System (GPS), Russia's Global Navigation Satellite System (GLONASS), and the European Union's Galileo. For comparison, the accuracy of GPS is 5 metres, GLONASS is 2 metres, and Galileo is 1 centimetre.

Also, Galileo provides a new global search and rescue service. Its satellites could relay a distress signal from an iPhone (if Apple supports it) to the nearest rescue centre (under the International Cospas-Sarsat Programme), which will then begin a rescue operation. Also, its the first positioning system that can return a message to inform the user that their distress signal has been received and help is on its way.

All new cars sold in the EU will be required to support Galileo from 2020.
Score: 3 Votes (Like | Disagree)
Read All Comments