Apple Pay Expanding to AIB in Ireland, CaixaBank in Spain, and Other Banks in UK, France, and Italy 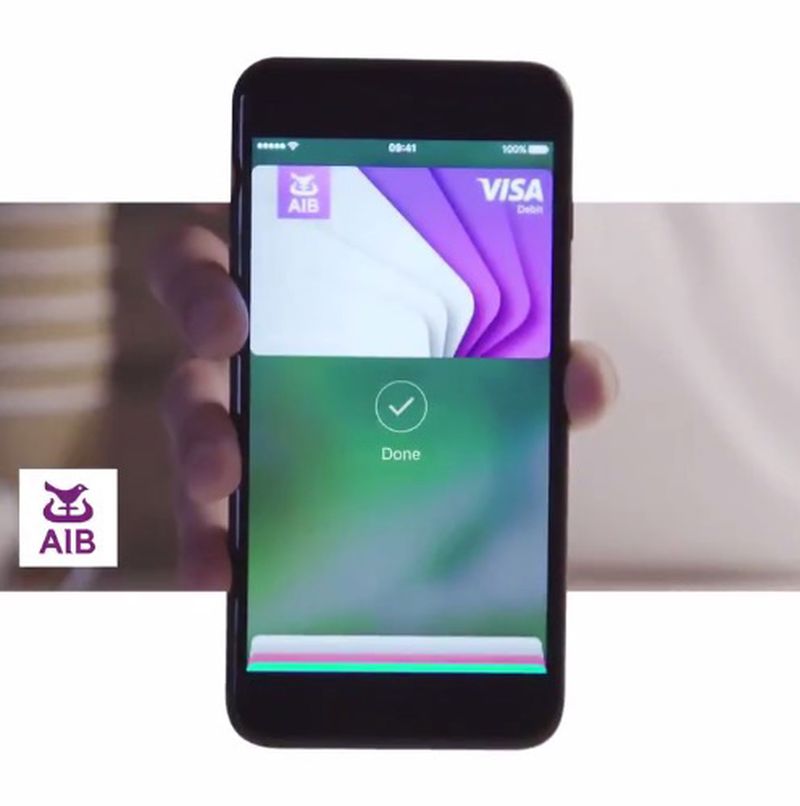 In France, Apple says Apple Pay will be available later this year to Banque BCP and Arkéa Banque Privée customers, and through mobile-only banking and/or payment solutions Orange Bank, Lydia, and N26.

In Ireland, Apple Pay is available now at AIB, one of the so-called "Big Four" financial institutions in the country.

In Spain, Apple says Apple Pay will be available later this year at CaixaBank and mobile-only banking app imaginBank. Visa in general will also begin supporting Apple Pay in Spain by the end of the year.

Earlier this month, Apple announced several other new and forthcoming banks with Apple Pay support in France, Italy, and Spain. Apple maintains a complete list of Apple Pay participating banks in Europe on its website.

jjini
But when do we finally get Apple Pay support in Germany? :(
Score: 4 Votes (Like | Disagree)

MLVC
Given up hope of ever getting it in the Netherlands :(
Score: 3 Votes (Like | Disagree)

But when do we finally get Apple Pay support in Germany? :(

As N26 hinted Apple Pay will launch in Spain, Italy and France later this year, we should be close of seeing Apple Pay in Germany. More I‘m not allowed to tell... ;)

Given up hope of ever getting it in the Netherlands :(

But when do we finally get Apple Pay support in Germany? :(

Whenever your German financial institutions say you will.
Score: 2 Votes (Like | Disagree)

patjem
That is great news! The biggest Spanish bank is now onboard
Score: 1 Votes (Like | Disagree)

Whenever your German financial institutions say you will.

N26 tells its users when they ask about ApplePay in Germany that we have to contact Apple. N26 wants to introduce it for a long time already.

As N26 hinted Apple Pay will launch in Spain, Italy and France later this year, we should be close of seeing Apple Pay in Germany. More I‘m not allowed to tell... ;)
You don't have to...;)

I sincerely hope that you have some real inside information and are not just getting our hopes up ;)

But I think as well that ApplePay will launch in Germany later this year too. N26 will probably launch it in Germany, France, Italy and Spain at the same time.
Score: 1 Votes (Like | Disagree)
Read All Comments