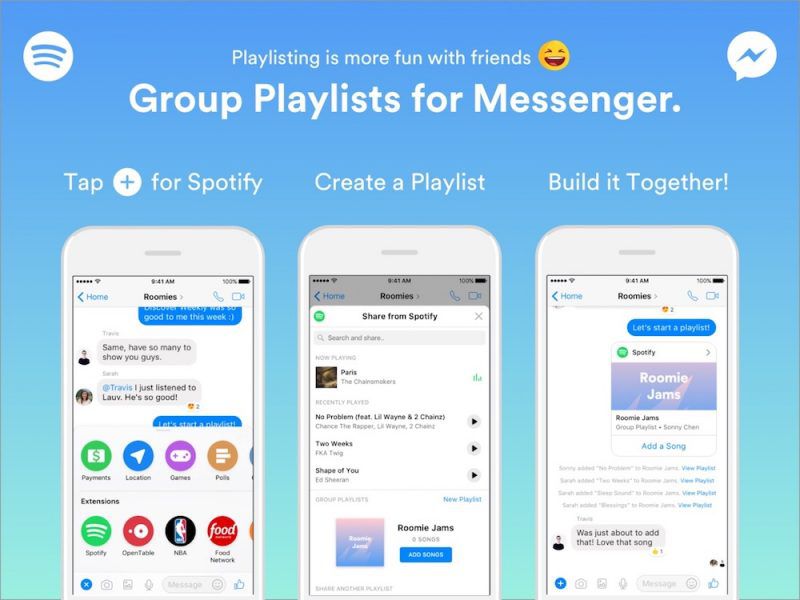 With Group Playlists for Messenger, users can create new Spotify playlists with friends and immediately begin collaborating to build out their perfect mix. Ideal for parties, road trips, or simply collecting new favorites, Group Playlists provide a seamless way for users to collaborate and share music more easily than ever before.

The new feature means Messenger users can create a Group Playlist, share it with friends, and add songs to it directly from within the Messenger app via the Spotify Chat Extension, which is available by tapping the blue + icon next to the composer.

By tapping the Create button at the bottom of the screen, users can give their playlist a name before sending it to the group chat session, where it will appear as a thumbnail preview accompanied by a button below to add songs.

While the person creating the playlist must be a current Spotify user, others in the conversation thread can add more songs to it, even if they aren't on Spotify. The Group Playlists extension can also be accessed from within Messenger using this link.