Google and Facebook Working to Fight the Spread of 'Fake News'

Google today said it will be making its "Fact Check" label in Google News available everywhere, rather than in the United States only, and expanding the feature to its traditional search results globally in all languages.

For the first time, when you conduct a search on Google that returns an authoritative result containing fact checks for one or more public claims, you will see that information clearly on the search results page. The snippet will display information on the claim, who made the claim, and the fact check of that particular claim.

Google said the "Fact Check" label is presented so people "can make more informed judgements" about a particular news story or claim, although the information won't be available for every search result, and there may be instances where different publishers checked the same claim and reached different conclusions.

Even though differing conclusions may be presented, we think it’s still helpful for people to understand the degree of consensus around a particular claim and have clear information on which sources agree. As we make fact checks more visible in Search results, we believe people will have an easier time reviewing and assessing these fact checks, and making their own informed opinions.

Google said "only publishers that are algorithmically determined to be an authoritative source of information will qualify for inclusion," but it did not elaborate on how it makes this determination. Beyond that, publishers must be using the ClaimReview markup or the Share the Facts widget to be included.

Facebook for its part said it's working to better identify false news through its community and third-party fact-checking organizations.

Earlier this week, Facebook said it's rolling out an educational tool to help people spot false news, developed in consultation with non-profit organization First Draft. Facebook said it's featuring this tool at the top of the News Feed "for a few days" to users in 14 countries, including the United States.

When people click on this educational tool at the top of their News Feed, they will see more information and resources in the Facebook Help Center, including tips on how to spot false news, such as checking the URL of the site, investigating the source and looking for other reports on the topic.

Facebook said it "cannot become arbiters of truth" itself given the size of its platform, but it's committed to fighting the spread of misinformation.

jkcerda
Slippery slope. Don't care about Facebook but google as a search engine should be impartial
Score: 29 Votes (Like | Disagree)

jonnysods
Oh great, now I feel safe. Now I can make sure I have all the unbiased left leaning news delivered right to my phone.
Score: 24 Votes (Like | Disagree)

DrewDaHilp1
Who fact checks the fact checkers. Some dude, his wife and their cat? 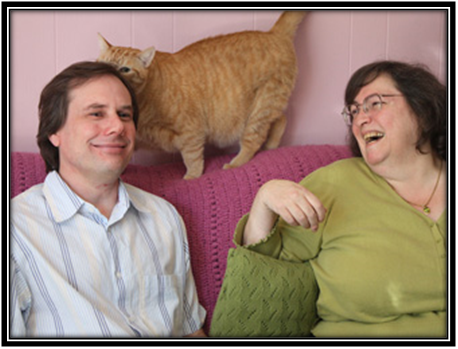 Who facts checks the fact checkers?
There was an unprecedented case of fact checking during a somewhat recent presidential debate where a moderator decided to become a fact checker and corrected one of the candidates. Up until that point, that candidate was clearly winning the debate, and having the moderator fact check his/her facts totally threw the person off their game.

The thing is, the candidate was correct in their statement, and the moderator was wrong. Whether it was deliberate or a mistake is not clear, but the result of the misinformation may have swayed some votes.

I am afraid that this is just another way of manipulating data to further control the information that people are presented with.
Score: 15 Votes (Like | Disagree)

samcraig
Make no mistake - this move is more about advertising than it is about stopping fake news itself. Brand safety is paramount and both Facebook and Google have been hit hard (YouTube specifically) because brands have wound up having ads on sites or appearing within videos that aren't in alignment with their brand. It's also skewed numbers and reporting (Facebook).

Follow the money - plenty of articles on the hit both orgs have taken when it comes to trust from advertisers.
Score: 14 Votes (Like | Disagree)

LizKat
Fake news has a place. Like when you're four years old and the baby robin that fell from its nest in the rain (and that you insisted your mom help you find a warm place to rest in the barn and recuperate) dies overnight, and so.... the next day the warming up spot is empty and your mom says maybe he got better and flew back up where he belongs.

Past that, say at age seven -- the age of reason?-- then really fake news is ******** and should be called out as such. I'm not talking about opinion versus reporting, I'm talking about fabrications and failure to report context. If we manage to reach adulthood without being able to sort that stuff out, then it's nice if news aggregators are now (finally?) willing to assist. Unless, of course, you're the kind of political operative who revels in fake news. Sad day for trolls.
Score: 13 Votes (Like | Disagree)
Read All Comments