Developers hoping to attend Apple's 2017 Worldwide Developers Conference in San Jose, California can now apply for a chance to purchase a ticket, with Apple's lottery having kicked off at 10:00 a.m. Pacific Time. Tickets are priced at $1,599.

Tickets will be doled out using a random selection process, implemented because in past years, tickets sold out within a matter of minutes. Approximately 5,000 attendees are expected at the conference, which will also be attended by Apple executives and more than 1,000 Apple engineers. 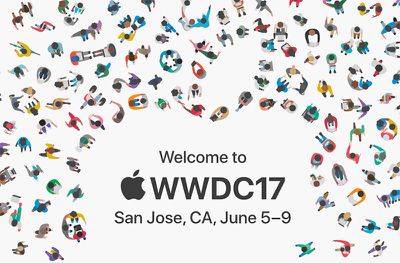 The 2017 Worldwide Developers Conference will start on Monday, June 5, and will last through Friday, June 9. Apple announced the conference in mid-February this year, as it is the first that will be held outside of San Francisco in many years. In 2017, WWDC will take place at the McEnery Convention Center in San Jose, California, which should be a welcome change for many developers as it is less expensive to secure accommodations.

Apple says that it is working with the city of San Jose and local businesses to plan "very special experiences" around San Jose during the week of the conference, so this year's event promises to be unique.

Along with the ticket lottery, Apple is now accepting WWDC scholarship applications for students and STEM organization members who don't have the funds to attend the conference. Scholarship applicants, who must be at least 13 years old, have a chance to earn both tickets and accommodations for the 2017 event.

Apple is asking prospective scholarship attendees to share a visually interactive scene created in Swift Playgrounds that can be experienced in three minutes. Swift Playgrounds for iPad or Xcode on macOS must be used, and Apple will judge applications on technical accomplishment, creativity of ideas, and the content of written responses.

Developers and students who are not selected to purchase a ticket will be able to watch both the keynote event and sessions with engineers through the Apple Developer website and through the WWDC app for iPhone, iPad, and Apple TV.

now i see it
I've been waiting for Sierra to hit .6. Guess that's not gunna happen. Soon it'll be time for a whole new OS again. Back to square one. I wish MacOS returned to paid upgrades every few years instead of annual automatically downloaded anthills.
Score: 2 Votes (Like | Disagree)

DotCom2
Funny how it's random picks but the same people seem to always be there each and every year.
Score: 2 Votes (Like | Disagree)

IlluminatedSage
hmm. Will it be Leap Year at WWDC and apple actually update any of their mac's this decade?

we are seriously in WTF mode and people need to speak up. Time to bolt from the Mac line if Apple doesn't show serious new models/refreshes across the board to market fast.
Score: 2 Votes (Like | Disagree)

I think the idea is, if you're a developer who relies on your app to make money, this is simply a business expense.
Score: 1 Votes (Like | Disagree)
Read All Comments