WeberHaus, a German company that specializes in pre-fabricated connected homes, today announced plans to support HomeKit in its SmartHomes starting in 2017, making it the first homebuilder in Europe to officially support Apple's home automation system.

WeberHaus does not name which products will be included in its HomeKit packages, but underfloor heating, blinds, light systems, smart plugs, radiator valves, sensors, and more, are mentioned as possibilities. With HomeKit, customers who purchase a SmartHome from WeberHaus will also be able to add new accessories over time. 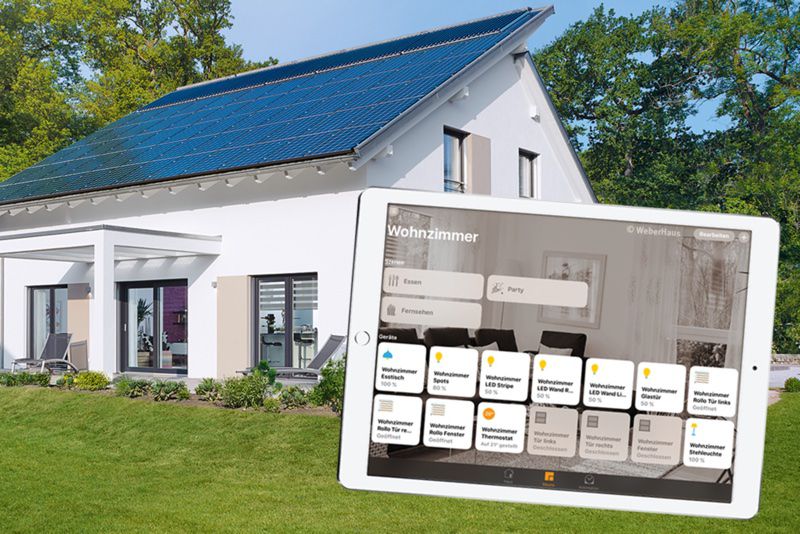 WeberHaus already has experience with intelligent homes, having previously used WeberLogic 2.0 and the MyHomeControl app from BootUp for home control, but will pivot to Apple's HomeKit, introducing features like Siri control and Apple TV support for controlling devices when away from home.

"Apple HomeKit is the control solution of choice for home manufacturers around the world, delivering a simple and secure smart home solution for new home buyers," says Klaus-Dieter Schwendemann, marketing manager at WeberHaus. "We are excited to work with Apple to bring these turnkey smart home packages to home buyers this year."

The first WeberHaus homes with Apple HomeKit integration will be available later this year, but an official timeline and pricing information is not yet listed. WeberHaus has a demo home that shows off how HomeKit will be integrated into its SmartHomes, which can be viewed at the "World of Living" exhibition at WeberGaus in Rheinau-Linx, Germany.

Several homebuilders in the United States have already announced support for HomeKit, including Lennar, KB Home, and Brookfield Residential. R&F Properties has also begun incorporating HomeKit devices into homes it builds in China.

On topic, the house of the future, people..... I might get lazy in a house like that, no more reason to get off my behind..... better get an AppleWatch to remind me to stay active.
Rating: 2 Votes

Bigsk8r
I have not done anything with HomeKit myself, but this seems like some solid news.
Rating: 2 Votes

Just had a look at the WeberHaus site - the homes look amazing! How was your experience with them, looking at the possibility of getting a home built and they look really good.

Really good. Everything which had to do with Weberhaus was well planned and executed. They were a bit more pricy, but had the better overall package (a lot was included which was not the case with other homebuilders).
Also, the wall is way better than most other walls due to the wooden fillmaterial (instead of polystyrol plates).

In Germany, sometimes they are called "the Mercedes of houses", but I guess most people will only built one house in their lifes, so there is no real experience with more than one company.
For me, I would built my house again with them.
Rating: 1 Votes

Kiro
Great news. We habe a WeberHaus and I hope that we can upgrade our home with some of the homekit modules.
Rating: 1 Votes
[ Read All Comments ]