Mozilla has added more than 20 new languages to Firefox Focus, its privacy-centric browser that automatically blocks all trackers as users navigate around the web.

The latest update to the stripped-down web browser – which features an "Erase" button at the top of the app to erase all browsing history, searches, cookies, and passwords instantly – means users can now browse privately in 27 languages.

One of the complaints about the previous version of Focus was that it forced users to use a default search engine. Mozilla says it's listened to criticism and added a new option that allows users to select an alternative search service, which includes non-tracking engine DuckDuckGo.

When using Focus's most stringent tracker blocking setting, occasionally some sites visited in the app may fail to display as intended, making viewing content difficult. To compensate for this, Mozilla has also added a new button that allows users to open the web page in Firefox or Safari instead.

The first incarnation of the Focus brand came in 2015 in the form of a content blocker for iOS 9. In November of last year, Mozilla launched Focus as a fully functioning privacy browser.

Firefox Focus is available to download from the App Store for free. [Direct Link]

Wish there was a "choose default browser" option in iOS but am a realist and I know it's not coming!
Score: 2 Votes (Like | Disagree)

Firefox Focus: the privacy browser, is a free mobile browser for iOS devices by Mozilla designed to protect user privacy while browsing the web.
[...]
What you may not expect from the app, especially since it is designed to block analytic trackers, is that it is collecting data itself, and transfers the data it collects to third-party company Adjust.
[...]
Adjust GMBH is a big data specialist known for tracking and analytics services.
[...]


If desired, you can prevent this by changing an option in settings. Below is an image (left panel at bottom) with the usage data collection setting in the ON position: 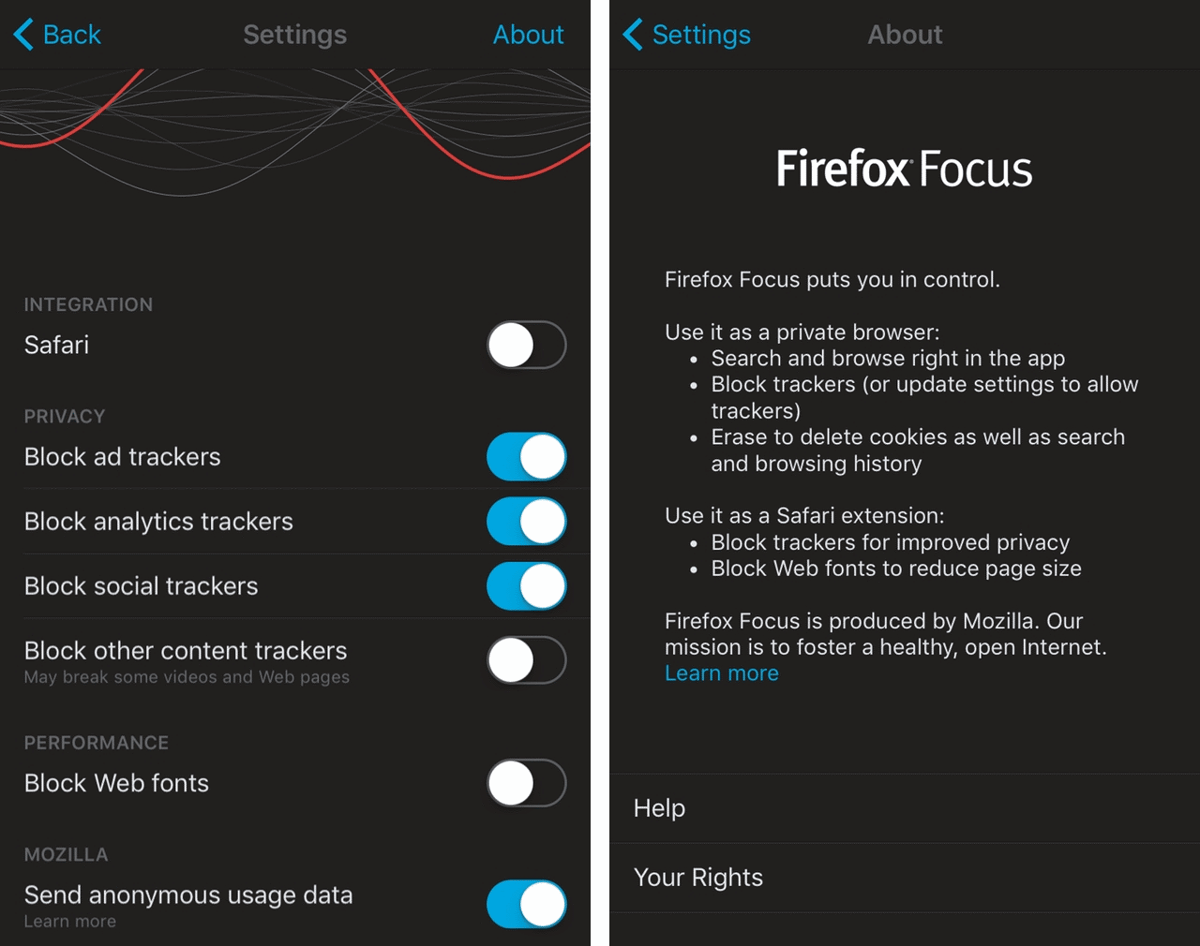 How can I do that? I only prefer safari because welll iOS lol.