AT&T plans to gift a free Apple TV to DirecTV Now subscribers who commit to at least three months of paid service, according to documents seen by Variety. Likewise, customers who pay for at least one month of service will allegedly receive a free Fire TV stick. The promotion ensures early subscribers will have at least one device with access to DirecTV Now when it launches. 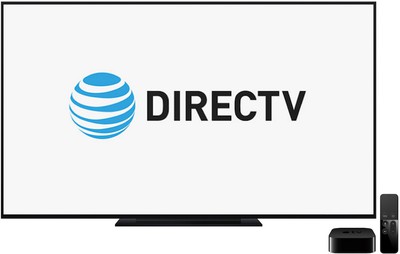 DirecTV Now is AT&T's internet-based live TV streaming service slated to launch in late 2016. The cord-cutter service will start at $35 per month and provide access to more than 100 channels, such as ABC, A&E, CBS, ESPN, Fox, HBO, MTV, NBC, Nickelodeon, and Discovery, on smartphones, tablets, streaming boxes, and other devices. Availability of channels may vary based on regional restrictions.

DirecTV Now will reportedly include a 72-hour catch-up window, allowing subscribers to watch TV shows they missed up to three days later, alongside a video-on-demand library of up to 14,000 titles. A free 7-day trial will be available upon launch.

I only have a question mark because it sounds too good to be true, and I'm skeptical because it's coming from AT&T, which isn't really known for being so generous...
Score: 18 Votes (Like | Disagree)

mac.cali
Might be worth it. Especially if they let me out of my DIRECTV contract.
Score: 7 Votes (Like | Disagree)

AT&T is buying Time Warner. Wonder if it is Generation 4 or 3 Apple TV? With AT&T the devil is always in the fine print so while this sounds like a good streaming alternative I'll wait and see.

Pretty sure the ATV3 is not receiving any new Apps so it would probably have to be the ATV4.
Score: 6 Votes (Like | Disagree)

Outside of waiting for ATV5 (hopefully the model that finally get's 4K capabilities) I have't paid much attention to apple tv.

So my question is, does the ability to run apps now mean that the apple TV will easily allow someone to get to amazon prime TV within the apple TV? I know on my old gen 3, I could not. TIA.

Yes, you could get Amazon Prime within the ATV4....if Amazon would just release the app. I know they are delaying it in hopes of promoting their Fire TV, but for those of use that are never going to buy one, yet enjoy Amazon Prime, it's frustrating.
Score: 5 Votes (Like | Disagree)

Rychiar
so streaming... does that meant theres no recording or fast forwarding commercials cus thats a deal breaker. no one watches commercials in this day
Score: 3 Votes (Like | Disagree)
Read All Comments