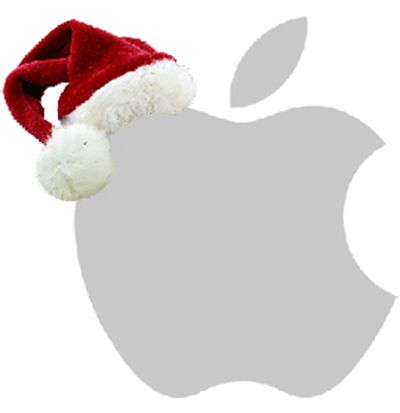 Apple today forecasted between $76 billion and $78 billion in revenue for the first quarter of the 2017 fiscal year, reflecting a three-month period between September and December, signaling the company's return to growth in the upcoming holiday shopping season.

Apple's lower-end guidance of $76 billion would be enough to eclipse the $75.9 billion in revenue it reported in the year-ago period, putting an end to the company's downturn after its first annual revenue decline since 2001 and three consecutive quarters of negative growth.

Apple's decline through the first nine months of 2016 was in line with the iPhone's first-ever drop in sales, while iPad and Mac sales also shrunk during the year. However, the strength of the iPhone 7 and iPhone 7 Plus, alongside Apple's growing services category, should help reverse that trend over the next three months. In the quarter just ended, Apple's revenue from services like the App Store, Apple Music, and iCloud grew 24% to an all-time record of $6.3 billion.

I can't stand investors and analysts. A company can't grow into perpetuity. They want year over year revenue and market growth forever. That isn't sustainable. I think $9 Billion is pretty incredible.
Score: 4 Votes (Like | Disagree)

ghost187
Tim Cook: Couldn't have done it without you Sammy!
Score: 3 Votes (Like | Disagree)

It just makes sense if a company has a means to grow then why not pursue it instead of simply coasting like Apple is doing.

This has been a theme for Apple for a long, long time. Somebody posted a link to the original iPod reveal thread ('https://forums.macrumors.com/threads/apples-new-thing-ipod.500/') the other day when the 15th Anniversary came around. There were so many comments echoing this sentiment - Apple should do this, Apple should do that. And here we are in 2016 and people still parrot it.

Apple has had the means or the cash to get into other businesses. No one at Apple is willing to take any risk so they keep doing the same thing over and over.

Off the top of my head in the last 4/5 years they've added:

Besides that's what's been shown. Tim Cook has mentioned the importance of AR/VR, there are rumours of car research, TV deals etc. it amazes me you think they're doing the same thing over and over. I'd take another look.

It's also one of the fun parts of following Apple, whilst most of the other tech companies preview in public, Apple usually just releases their consumer version out to the public (often with lots of rumours and internet hype). So, many people like yourself wrongly think they're "coasting" as we don't see anything official until the reveal.
Score: 3 Votes (Like | Disagree)

Three141
I wonder if we will ever get to the point where Apple earning let's say 60 billion in revenue will not be seen as a negative.

That thought aside, sounds like they are expecting some good sales from the revised laptops and maybe even a planned surprise upgrade to one or all of their desktops?
Score: 2 Votes (Like | Disagree)

Carlanga
No contract pricing on phones it equals less sales for full price even in payment plans. Lately there has been a lot of offers for a free upgrade of devices which leds me to believe it might be the reason for the better sales of the iPhone 7.

I read somewhere else that smartwatch es are tanking as a market. Apple must be worried since I haven't heard about new bands like previous year.
Score: 1 Votes (Like | Disagree)

macduke
I am not ready to see a santa hat. Where has the last year gone?
Score: 1 Votes (Like | Disagree)
Read All Comments