Researchers at Microsoft claim to have created a new speech recognition technology that transcribes conversational speech as well as a human does (via The Verge).

The system's word error rate is reportedly 5.9 percent, which is about equal to professional transcribers asked to work on the same recordings, according to Microsoft. 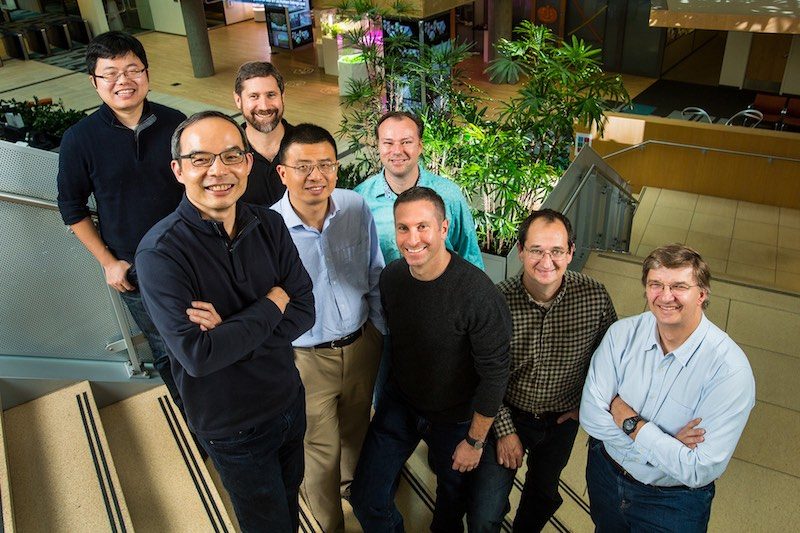 To reach the milestone, the team used Microsoft’s Computational Network Toolkit, a homegrown system for deep learning that the research team has made available on GitHub via an open source license. The system uses neural network technology that groups similar words together, which allows the models to generalize efficiently from word to word.

The neural networks draw on large amounts of data called training sets to teach the transcribing computers to recognize syntactical patterns in the sounds. Microsoft plans to use the technology in Cortana, its personal voice assistant in Windows and Xbox One, as well as in speech-to-text transcription software.

But the technology still has a long way to go before it can claim to master meaning (semantics) and contextual awareness - key characteristics of everyday language use that need to be grasped for Siri-like personal assistants to process requests and act upon them in a helpful way.

"We are moving away from a world where people must understand computers to a world in which computers must understand us," said Harry Shum, who heads the Microsoft AI Research group. However it will be a long time before computers can understand the real meaning of what's being said, he cautioned. "True artificial intelligence is still on the distant horizon."

I'm still going to feel awkward as hell talking to an inanimate object.


You should meet my ex-wife.
Rating: 33 Votes

fitshaced
'And we were all like omg, and the machine was like 'I know right?' So then we lolled.'
Rating: 21 Votes

You should meet my ex-wife.


You owe me a new keyboard sir. This comment made me do a spit take all over it.:p
Rating: 7 Votes

The quote I see under Accuracy says --


DNS is very accurate if you speak clearly and directly, period. Contrary to what its name implies, comma, you cannot just speak naturally, period. You have to dictate specifically to it, period.

The Microsoft experiment, comma, allegedly, comma, transcribes ordinary recorded speech and dialog without any additional effort on the part of the speaker, period.
Rating: 7 Votes

Researchers at Microsoft claim to have created

....and you can stop reading here. As both an Apple and MS customer, I never believe a word MS says on future products until it hits the market. And then it is usually 1/2 as good with 1/3 of the features as the promises.
Rating: 6 Votes

I remember when I was but a sprog, wide-eyed in wonder, sitting on my Dad's lap as we watched Next Gen. I don't think anybody back then would have imagined technology to be as advanced as it is now.


I'm amazed at how forward-thinking the Star Trek series are. It's literally like looking into the future.

I'm watching the Voyager and Enterprise series again now on Netflix. Never get bored of them. :)
[doublepost=1476889293][/doublepost]

Seems like something Apple should have led the way on?


Hard to figure out Apple these days. They had very accurate speech recognition and speech synthesis (comparatively) back in the early 80s when the Mac first came out. Remember the Talking Moose?

I remember when I was but a sprog, wide-eyed in wonder, sitting on my Dad's lap as we watched Next Gen. I don't think anybody back then would have imagined technology to be as advanced as it is now.

Benjamin Frost
I don't believe a word of this.

Human transcribers must vary widely in ability; secondly, there are many provisos given, which effectively means that it is still much lower accuracy than a human.
Rating: 4 Votes

Everlast66
Great, so now Windows 10 is even better at harvesting your personal conversations and relaying them back home to Microsoft.

When should we expect the update to be pushed, with these Win 10 machines not giving the option to opt out of updates?
Rating: 4 Votes

I'm amazed at how forward-thinking the Star Trek series are. It's literally like looking into the future.

I'm watching the Voyager and Enterprise series again now on Netflix. Never get bored of them. :)


I love Voyager. Got so much better after 8472 and Seven of Nine jumped on board. Some utterly incredible episodes. Year of Hell... nuuurgh, so badass. But moreso exploring humanity, questions of morality; I absolutely love it.

Boy I've gotta nip this comment in the bud. I could go on about Star Trek all day. :oops::oops:
Rating: 3 Votes
[ Read All Comments ]