After announcing that it would move to an algorithm-based feed earlier in February, Twitter recently began rolling out a button to users on its iOS app that allows them to provide feedback for tweets on the social network (via BuzzFeed). Through the "I don't like this Tweet" button, Twitter will eventually learn to showcase less tweets related to the content you flag as poor in its algorithmic feed.

Currently available for "some iOS users," and rolling out slowly, the button can be found after tapping in the options menu on any individual tweet. Alongside options to report the tweet, block, mute, or unfollow the user, and share the tweet, you'll find "I don't like this Tweet." Tapping it will immediately hide the content from your timeline and Twitter lets you know that it “will use this to make your timeline better.”

Reached for comment, a Twitter spokesperson pointed BuzzFeed News to a Twitter Help Center post that says the function “helps Twitter better understand the types of Tweets that you’d like to see less of in your Home timeline. We may use this information to optimize and tailor your experience in the future.”

Twitter began introducing its algorithmic timeline in February, putting its selected tweets in a prominent placement on the user timeline, atop the reverse chronological organization of regular Tweets that the social network has been known for before the update. Users can choose to turn the feature off, but according to Twitter only 2 percent of its user base has done so since the update debuted.

According to BuzzFeed, "a more expansive role for the algorithm has been discussed within the company," so it's likely that the new button eventually becomes part of a bigger push for its algorithmic feed in the future. Twitter for iOS can be downloaded from the App Store for free. [Direct Link] 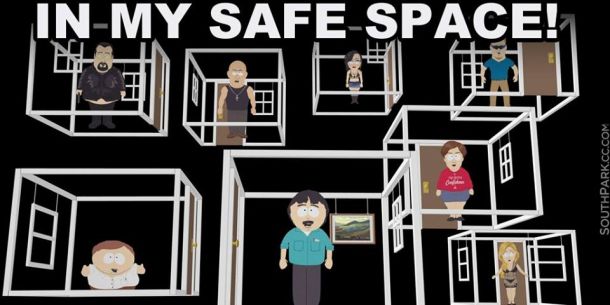 iRobertM
Doesn't work, I keep hitting the "I don't like this tweet" button on all ads but they continue to show up.
Score: 5 Votes (Like | Disagree)

Smith288
I click the "this offends me" safespace feature for both Clinton and Trump ads. Yet, they still show.
Score: 4 Votes (Like | Disagree)

decimortis
Is there a Select All feature that comes with this?
Would be handy on Mondays.
Score: 2 Votes (Like | Disagree)

Meh... Twitter is full of even more hate than Facebook, this will not be a solution but good start.

Quick! To your safe space!
Score: 2 Votes (Like | Disagree)

max.ine
They really need to throw all of these new features in the API.
Score: 2 Votes (Like | Disagree)
Read All Comments