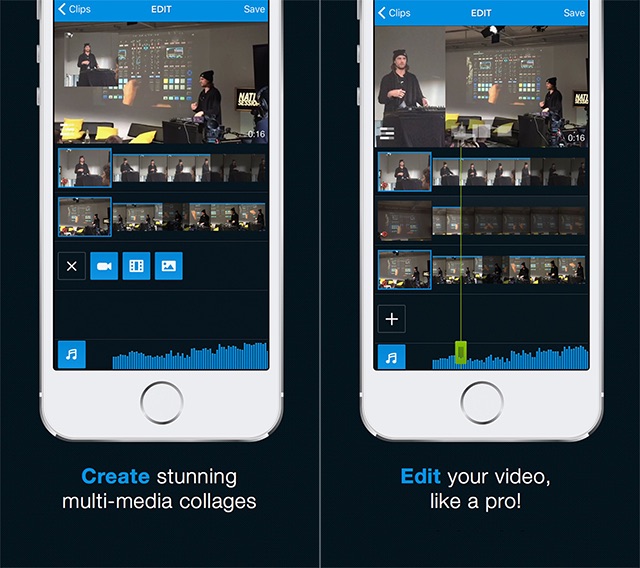 The app enables users to invite up to four friends in any location into the same movie project and start recording clips straight away. As video is synced to the cloud, each user has access to everyone else's footage, and can combine and edit them to create individual multi-angle videos.

Users can select clip segments to feature prominently in their final projects, and drag and drop clips into position. Multiple layout templates are on offer within the app (including a picture-in-picture option) for users to create their collage, and photos can also be imported into film projects.


Users can also add music to videos using songs on their devices, but the app will reject songs protected by copyright restrictions. Finally, completed movies can be shared over social media or saved to devices.

GroupClip is a free download for iPhone and iPad on the App Store. [Direct Link]

Shirasaki
Looks cool. This idea is beyond my imagination.

Can we record 3D movies using this app?
Rating: 2 Votes

IGI2
I was about to say, that I already have an app like that for years:

GregA
This sounds great. Photos too? Will have to try.

I hope it also syncs audio, so you can overlay multiple mics. AND some noise cancelling tech might really bring out the common audio of a speech.
Rating: 1 Votes

Benjamid
Have been thinking about that for years. Would be freat for concert shoots:)
Rating: 1 Votes
[ Read All Comments ]