Microsoft is set to merge its team of Sunrise Calendar app developers into its Outlook team, in a move that signals the end for the popular standalone calendar app (via The Verge).

Sunrise Calendar was designed by former Foursquare engineers and won many fans for its ability to seamlessly integrate with various online services and incorporate social networking and event information from Google Calendar, Facebook, and LinkedIn. 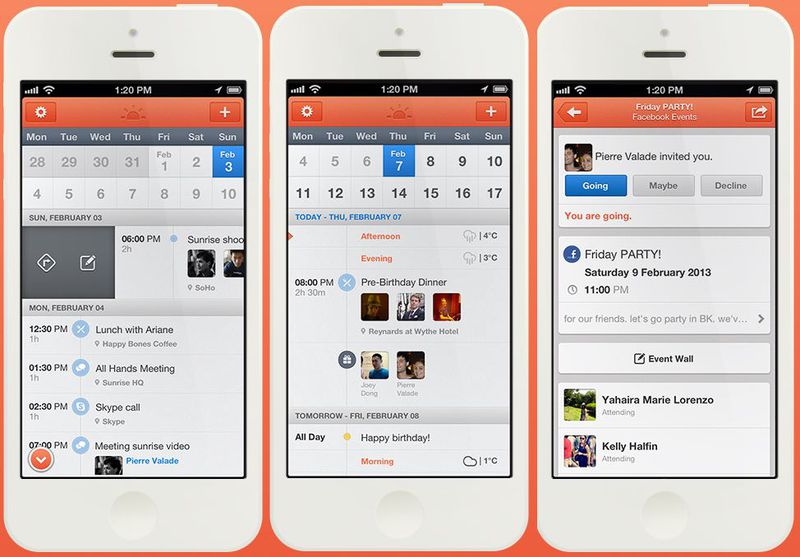 Microsoft acquired Sunrise in February 2015 in a deal rumored to be worth around $100 million. The company subsequently announced plans in November to merge Outlook and Sunrise into a single app. That plan appears have come into effect and Sunrise will be removed from the App Store in the "next few days", says Microsoft, with the app's online backend services to cease functioning altogether on August 31, 2016.

Microsoft has gradually been introducing features to its Outlook email and calendar app, and recently added Facebook, Evernote, and Wunderlist support. Skype for Business and OneNote integration are expected to follow soon, while Touch ID support was added in March.

Microsoft Outlook is available as a free download for iPhone and iPad on the App Store. [Direct Link]

Another "unknown" app for me to know right before it is dead.


I suspect you’ve never googled “best ios calendar” nor read any roundup of the top offerings. Sunrise has been one of the top 5 for the past couple of years.
Rating: 5 Votes

Porco
I guess it was always going to be a sunset eventually.
Rating: 3 Votes

GREAT! i finally get ical and outlook to work via sunrise and then they do this!!!


How can i get one app to show both calendars!!!

I tried Sunrise. I have a calendar addiction and own pretty much all of them. I always go back to Informant.
Rating: 2 Votes

Shirasaki
Another "unknown" app for me to know right before it is dead.
Rating: 2 Votes

Curious, what do you hate about Outlook on OSX?

Outlook on OS X is not as good as Windows counterpart.
But I rarely use it so.
Rating: 1 Votes

mamaway
My God, MS Outlook on Mac is a great big pile of steaming dog poo. iOS though is quite nice. Hopefully that gets ported over somehow.
Rating: 1 Votes

acctman
Nooo :( hands down Sunrise is the best free calendar out. It's not bloated with 101 features and has a Mac version too. It's my #1 go to calendar for meetings and organizing my day. It even has a spot on my spring board.

F%#k U Microsoft killing off good products like this.