Apple today updated the tvOS App Store to add several new app categories to make it easier for Apple TV 4 owners to find content on their devices. As outlined by AfterPad, a site that showcases Apple TV apps, the new categories are rolling out to Apple TV users and may not be available to everyone just yet. Some users may only see the new categories under Purchased Apps until the rollout is complete. 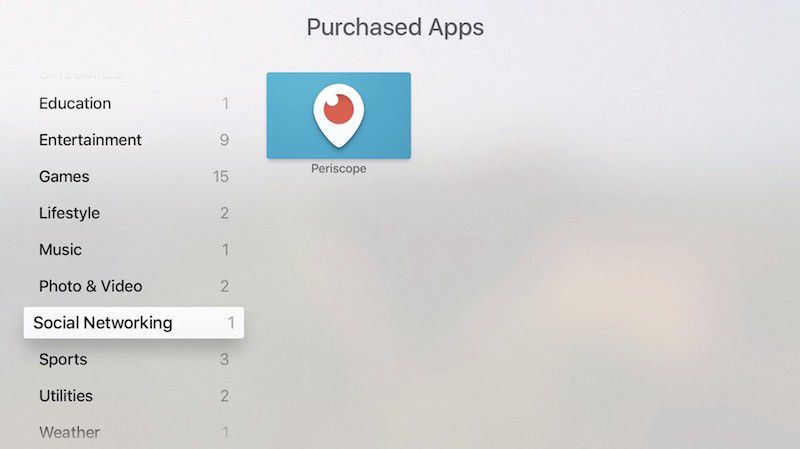 New categories are as follows:

At launch, the tvOS App Store did not include a Categories section like the iOS App Store, making app discovery difficult early on. App Categories were added at the beginning of November. Available categories were initially limited to just Games and Entertainment, but they have expanded since then.

man3ster
If Apple opens up the USB type C connector, having a camera and the Skype application would be a wonderful thing on the Apple TV.
Rating: 6 Votes

npmacuser5
For Apps, I would like to see the ability to search and deliver to the Apple TV from any IOS device.
Rating: 5 Votes

munpip214
They also added "not on this apple tv" in purchase section.
Rating: 3 Votes

coolfactor
Probably just me, but I really don't like the "look" of the new tvOS screens. Something just not right about the spacing, font, colours... it doesn't feel "Apple-like", but I guess this is the new Apple.... visual designers with no taste.
Rating: 2 Votes

Dysnomia
Still missing. Tv Channel category. I don't want to search through each category for different types of channels. I just want to see themall, and nothing else.
Rating: 2 Votes

You mean a tvOS section on iOS AppStore?

Apple really needs to fix the categories. There are apps that show in the scroll screen when you select a category. But when you open that category the app is not there. Example: channels app.

Yes. One App Store accessible from all Apple devices. Upon purchase, tell the App store what device or devices to deliver the App.
Rating: 2 Votes 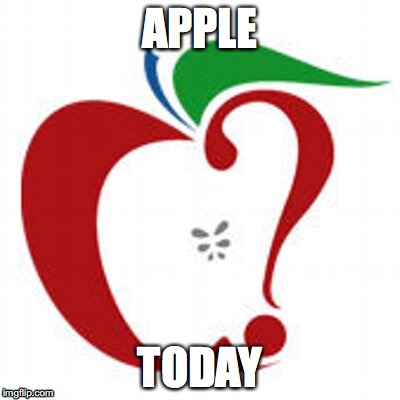 
You realize though that if you actually look at the logo, underneath where it says MacRumors, its says the NEWS and Rumors.... Everything doesn't have to be about rumours on this website.
Rating: 2 Votes

X38
That's nice, but what I really wish is that there was a way to browse all apps in the store. If something isn't in the top choices lists, there doesn't seem to be any way to find out about apps that I don't know about.
[doublepost=1456461355][/doublepost]

If they do, it would be for FaceTime though


I would much rather see them add a Thundetbolt port so it could connect to 4K displays and to external storage devices fast enough to handle 4k streaming.
Rating: 1 Votes

thisisnotmyname
Some of those categories make me wonder what apps would fit and be good for the format. I'll have to browse tonight.
Rating: 1 Votes

If Apple opens up the USB type C connector, having a camera and the Skype application would be a wonderful thing on the Apple TV.

If they do, it would be for FaceTime though
Rating: 1 Votes
[ Read All Comments ]