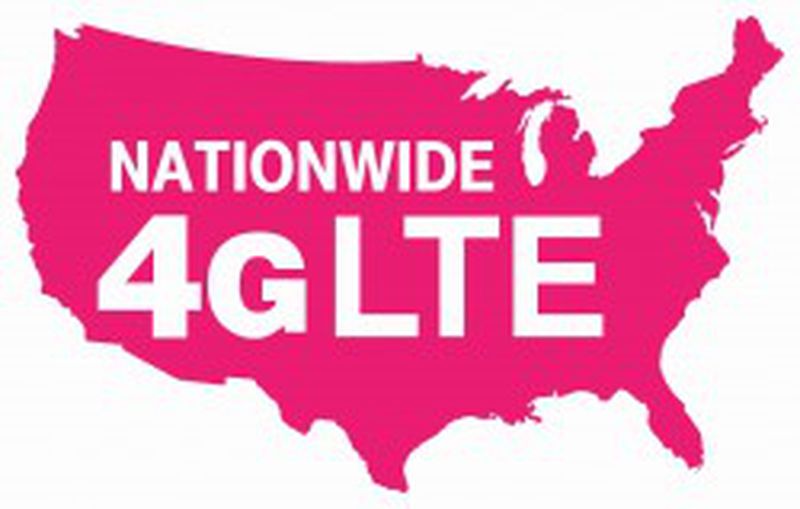 T-Mobile notes that less than 1% of customers are using apps or other methods to blow past their Smartphone Mobile HotSpot allotment, which is included free with every Simple Choice plan but capped at up to 7GB per month. The carrier says that, in some cases, these customers are using up to 2TB (2,000 GB) of data per month.

Here’s what’s happening: when customers buy our unlimited 4G LTE plan for their smartphones we include a fixed amount of LTE to be used for tethering (using the “Smartphone Mobile HotSpot” feature), at no extra cost, for the occasions when broadband may not be convenient or available. If customers hit that high-speed tethering limit, those tethering speeds slow down. If a customer needs more LTE tethering, they can add-on more. Simple.

However, these violators are going out of their way with all kinds of workarounds to steal more LTE tethered data. They’re downloading apps that hide their tether usage, rooting their phones, writing code to mask their activity, etc. They are “hacking” the system to swipe high speed tethered data. These aren't naive amateurs; they are clever hackers who are willfully stealing for their own selfish gain.

T-Mobile says that customers who continue to have excessive tethering usage will first be warned, and then lose access to their unlimited 4G LTE smartphone data plan and be moved to an entry-level Simple Choice plan if they do not comply. T-Mobile began informing customers about the crackdown on network abusers today and has posted a detailed FAQ on its support forum.

T-Mobile prepaid and MetroPCS customers are not affected at this time.

Crosscreek
Must have everyone in the neighborhood running off that hot spot.
Rating: 17 Votes

The way Legere points this out makes it seem like he's still the good guy, which he is very good at. What this means though is for anyone who tethers against the TOS, even just once or twice, will now be throttled. Something that Verizon still hasn't done.


It's excessive use. Don't try and spin this to make Verizon look like a saint when they hardly are.
Rating: 12 Votes

furi0usbee
THEN DON'T ****ING CALL IT UNLIMITED AND THEN THEY WON'T USE UNLIMITED AMOUNTS OF DATA! ****ERS!!
Rating: 11 Votes

THEN DON'T ****ING CALL IT UNLIMITED AND THEN THEY WON'T USE UNLIMITED AMOUNTS OF DATA! ****ERS!!


READ. It's unlimited on your PHONE. Not on your computer (or apparently the neighborhood for some). Unlimited phone data, 7GB tethering data. Those are great numbers for the price compared to everyone else in the industry, but lets **** on them anyway.
Rating: 11 Votes

I agree with furi0usbee. Is 2TB excessive? Yes. But what carriers need to understand is that if you offer unlimited data, you need to understand that some users will actually take you up on that offer. Just because it is no longer financially viable for them to offer that to those users for what they are using, doesn't mean they should find ways to stop them from using it.

It was sold as an unlimited data for your phone, with a bucket of limited data (tethering) for your non-phone devices. AFAIK, that was always the offer.

T-Mobile isn't changing the offer, like AT&T did when they starting tethering unlimited plans at 5GB.

T-Mobile is simply enforcing the offer and stopping people who have hacked around it from being able to continue to do so.
Rating: 9 Votes

THEN DON'T ****ING CALL IT UNLIMITED AND THEN THEY WON'T USE UNLIMITED AMOUNTS OF DATA! ****ERS!!


It is unlimited with restrictions on how you can use it. The unlimited part refers to mobile usage not tethering.
Rating: 8 Votes

What exactly is the reason for limits anyway? I'm genuinely curious if someone could explain. In my mind, it doesn't seem like "data" is a limited commodity like water or gas or something, is it? Always wondered why there's a monthly cap on internet usage (not just mobile data).

Since we "cut the cable" and went all Netflix (and other streaming services) we regularly hit our limit of 500GB a month on our internet and they'd charge outlandish fees like 5 dollars per GB over. Now that our company has bumped it up to 1TB a month for all it's customers, we've been good. But for a house of more than two people like ours who stream all entertainment like we do rather than supporting double dipping (charing 100+ per month and bombarding you with commercials every 10 minutes) I can easily see 2TB being a problem.

I've just always thought it was internet companies who often work in line with cable TV companies just wanting to keep you from being able to use streaming as a viable alternative to massively overcharging you and still getting money from advertisements. But I guess that doesn't make sense in the case of mobile carriers.

Most of it is exaggerated by wireless providers to justify such a high cost per GB for data, especially Verizon and AT&T. Data itself doesn't have much of a cost to it, it's the infrastructure to carry that data. The more data being consumed on a tower, means more improvements need to be made to accommodate that as a tower only has so much spectrum that can be used concurrently. If more and more people are downloading more and more data, companies need to purchase additional spectrum, upgrade their backhaul, etc.

The biggest difference between wired and wireless is that wireless is a shared medium. Carriers highly prefer to limit customers data use so they can have more customers on a tower before having to upgrade or add more towers.