'YouTube Kids' Under Fire for Targeting Children with Advertisements

A handful of prominent child advocacy groups plan to work together today in asking the Federal Trade Commission to investigate Google's YouTube Kids app, with the groups claiming that the popular video streaming service is deceptively targeting kids with advertisements on the tablet and smartphone application (via San Jose Mercury News).

The root of the complaint stems from restrictions placed on children's entertainment dating back to the 1970's, which bans hosts of a kids' television series from attempting to sell products during a show, amongst other restrictions. The central crux of that established law, now coming back into play with the coalition's defense against Google, is that young kids haven't yet developed the reasoning behind resisting such advertisements, or even understand that they're being targeted in the first place. 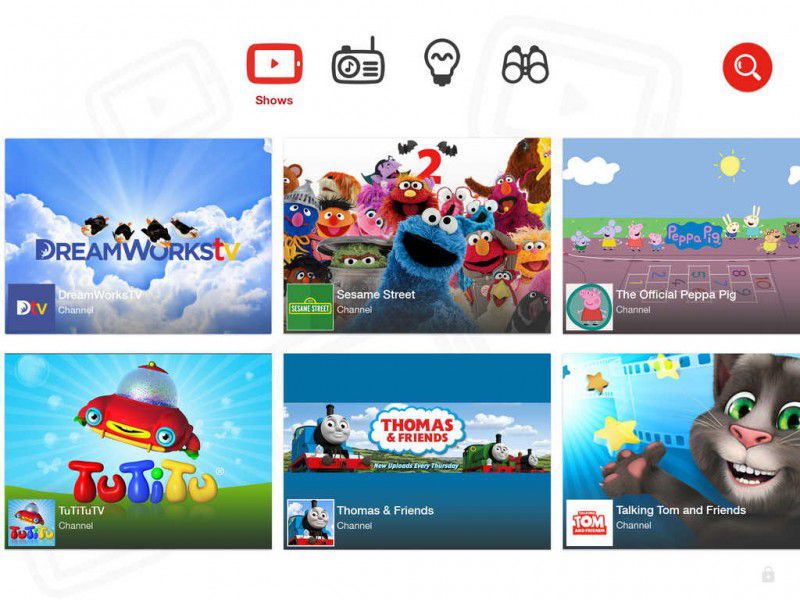 The complaint to be filed Tuesday asks the FTC to investigate several features of YouTube Kids:

Branded channels: "McDonald's has its own channel on YouTube Kids ... (presenting) promotional videos styled as news reports on topics such as, 'What are McDonald's McNuggets made of?' ... (Branded channels) take advantage of children because they do not understand that the entire channel is actually advertising."

Lack of separation between shows and ads: "Selecting My Little Pony brings up four options. Two of the four options are labeled 'TV Commercial.' The other two are identified as 'TV Clip' but are actually promotions for the My Little Pony program.' "

The groups rallying against the YouTube Kids app allege Google's new kid-friendly application blurs the line between funny, kid-centric videos and lengthy product promotions. Jeff Chester, director of the Center for Digital Democracy, one of the groups campaigning for more regulation on the YouTube Kids app, sees this as just the first step in a long line of kids' entertainment regulation.

"This is the opening shot in a new battle with Google, Nickelodeon, Amazon, Netflix, Cartoon Network and others that are trying to cash in on this generation of young children," said Jeff Chester, director of the Center for Digital Democracy. "It's a battle for the hearts and minds and pocketbooks of America's kids in the digital age."

"Google simply ignored the basics," Chester said. "They deliberately ignored the well-documented research on children's developmental limitations when it comes to advertising and programming."

Chester also noted that the groups don't just want a more serious look into advertisements, but anything resembling such in the app as a whole, namely the perennially popular "unboxing videos" found on the service. "We want Google to pull all of its unboxing videos from the app," Chester said. "There's no disclosure of who actually owns those channels. They're an ad, in essence, for toys."


A few have stepped forward in speaking out in Google's favor, namely Parry Aftab, an Internet privacy lawyer, who pointed out that "something's got to pay" for the free app and said that she doesn't "worry about ads as long as they're not ads for Viagra and Victoria's Secret and things like that, and as long as you teach your kids the reality of ads."

YouTube itself responded, stating that when creating the app the company "consulted with numerous partners and child advocacy and privacy groups" and are always "open to feedback on ways to improve the app." The YouTube Kids app officially launched back in February with a catalog of kid-friendly shows and parental controls, both aimed at giving kids a daily burst of entertainment without making parents worry about the more questionable content that can sometimes pop up on YouTube's official service.


I think that train has long since left the station. Today it's rare if Google does something that ISN'T creepy or morally questionable.

Say what you will about Apple and their recently buggy software or other problems they've had with getting cloud services off the ground, but they never compromise on privacy or security. They advocate for the environment, accessibility and human rights. Some might say it's fluff to "look good" as a company, but if that were true, then why don't many other companies go to the lengths that they do across the board?

Google tries to look benevolent while mining your data, bypassing your browser settings for tracking, scanning your WiFi, or all the other things they've been busted for in recent memory. They're not the worst company out there, but they're far too creepy for me to use them if I can help it.
Score: 6 Votes (Like | Disagree)

PopinFRESH
How about parents... I don't know, maybe be parents? /s

At least Google is providing options that do provide some parental controls and already eliminates a lot of inappropriate content for children. If you are just slapping a tablet in your kids hands and letting them just sit there watching youtube there is more of an issue than Google (or those "channels") showing marketing & promotional material.

"Google simply ignored the basics," Chester said. "They deliberately ignored the well-documented research on children's developmental limitations when it comes to advertising and programming."

Jynto
The people who are defending Google should consider the implications of advertising to such a young audience. Many of them won't have seen adverts before, and that makes them vulnerable.

What would you think if you didn't know what an advert was? There's a reason why '90s cartoons had ad break bumpers that said "_______ will return after these messages." Otherwise you don't know what's an advert and what's not.
Score: 4 Votes (Like | Disagree)

You don't have to insta-reply with "lol google" just because the word "Google" showed up in a headline on macrumors.

Well...
Thankfully, I don't have a television. I don't inundate my kids with this garbage... but I'd say: rather than having commercials before, after, or during the programming... as I believe is customary- & instead tricking small children into thinking that the commercial IS the programming, is evil.
Score: 3 Votes (Like | Disagree)
Read All Comments

Wednesday April 1, 2020 2:45 pm PDT by Juli Clover
Apple in March updated both the MacBook Air and the iPad Pro, and with the iPad Pro increasingly positioned as a computer replacement, we thought we'd compare both new machines to see how they measure up and which one might be a better buy depending on user needs. Subscribe to the MacRumors YouTube channel for more videos. We're comparing the base model 12.9-inch iPad Pro and the base model...
Read Full Article • 61 comments