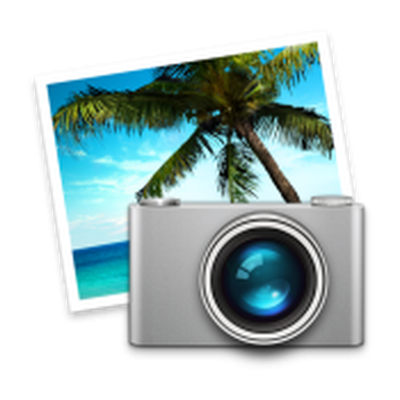 Apple today released a minor update for the iPhoto app for Mac to prepare for the upcoming transition to the OS X Photos app. According to the release notes, today's update improves compatibility when migrating iPhoto libraries to the new Photos app available in OS X 10.10.3.

As we have known for months, the upcoming Photos for OS X app for the Mac is designed to be a replacement for iPhoto and Aperture, both of which Apple ceased developing last year.


Photos for OS X is an all new photo management app that's been designed to integrate deeply with Photos for iOS. It introduces a Yosemite-style design that emphasizes flatness and translucency, and it works alongside iCloud Photo Library, streamlining photo availability across all of a user's devices.

Reviews of the Photos for OS X app have suggested that it's a vast improvement over iPhoto, with better photo editing tools and faster speeds, but it has been criticized for lacking many of the professional editing tools that were found within Aperture.


I had to read this 3 times. And decided that I agree with this. I think we have comprehension problems :)
Score: 6 Votes (Like | Disagree)

I've been running the 10.3 beta and am enjoying Photos, used with DxO for important pictures. I think I'll pass on this update.


how you liking that Exposé and fast user switching?
Score: 3 Votes (Like | Disagree)

maverick28
Strangely, I like iPhoto, its interface and the whole style in which it was designed together with functionality as well as this of the iLife suite prior to iLife'13. I'm using iLife'11. In spite of minor issues it had I like it more intimate tone, it has spirit of Jobs's skeuomorphic approach. I bought my MBP 15" mid2012 in the end of 2013 factory sealed, with Lion, then upgraded to Mavericks, lived with it 1,5 years and then reverted back to Lion, also reinstalling iLife'11 and iWork'11. Feeling like returned home. Mavericks, though I still praise it for its newer features, wonderful iBooks, iMessages, Notification Center, seemed to me a bit hostile and was a letdown regarding the small functions that work seamlessly in Lion (QuickLook, Safari etc), but more so, speaking of accompanying apps such as iLife. iMovie crashing on launch was abhorring experience. iPhoto loaded slowly, so did Garage Band, while in Lion they launch immediately or at least much faster. Obviously it's not about hardware: an OS X released just after 1 and 4 months after Mac's manufacture date can't be too demanding for it. The software, and this maddening rush towards iOS&OS X integration (good thing itself) were the major contributors. Glad I returned to Lion.
Now iOS-like look of Photos injected fear into my veins: as much tolerable on iPhone and iPad as it is it looks weird on Mac's screen. As much as Yosemite looks glamorously so do Photos too (again, that's a very subjective opinion) and the impression of mine when I first saw this picture was that it's graphic card's failure resulting in zig-zags on a monitor. It's cold. It's primitive and oversimplified. iPhoto's retro beauty has gone freeing place for somewhat pesky and unorganized.

I know I may sound like I'm retrograde but I'm not criticizing all the novelties that Yosemite brought I like them! I just don't understand why to bring them it was necessary to fall back on flatness and over-saturation as something super modern and, hence, cool. Even 10.0 - 10.5 while also implementing some elements of flat design were much more realistic than the current version of OS X. "We need functionality in the first place, not glossy details that now look dated, old-fashioned" - so stupid and illogical. We? We who? Secondly, this "dated" look hadn't conflicted with functionality for years prior to the new fashion (and this is just about fashion, really, ain't it?) and suddenly someone decided to impose the new paradigm on masses, it's so religious, totalitarian and utterly philosophic. It doesn't have any rationality behind, just abstract aesthetical ideas (hi, Johny Ive!). That I may be correct is supported by the facts that even any iOS before iOS 7 had direct UI connection with OS X during all the period of its existence under Steve's reign.
Score: 2 Votes (Like | Disagree)


Nope none of it is a requirement and all three of the iCloud options can be turned off in the Photos preferences pane. I've got mine set up to use Photo Stream and iCloud Photo Sharing which are the old options that have been around for a while (iOS 5 for PhotoStream, iOS 7 for iCloud Photo Sharing if memory serves) and were in iPhoto but I've got the new (and still beta) iCloud Photo Library turned off.

It is the new iCloud Photo Library option that is the one that wants to upload your entire library to the cloud for syncing between devices.

At least that is my understanding, but I've already been wrong once in this thread so.... ;)
Score: 2 Votes (Like | Disagree)

carrrrrlos
Pancakes everywhere agree, flat is where its at.
Score: 2 Votes (Like | Disagree)
Read All Comments